A Dangerous Game of Chicken 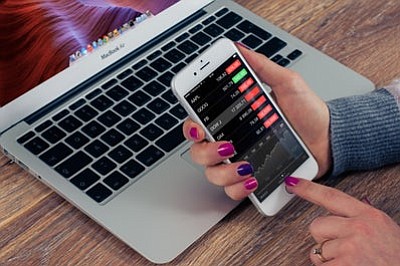 As the “tit-for-tat” trade fight between the US and China escalates, Donald Trump is likely to find that he doesn’t “know China” the way he once thought. When he said that during the presidential campaign, he based his understanding of China on one thing: the high rent in Trump Tower that he had exacted from a Chinese bank. Today, he may still assume he can win a game of chicken by upping the ante until the Chinese eventually fold.

However, Trump and his crew don’t understand Chinese thinking. The Chinese leadership does not respond well to being bullied, least of all now that they have a means of fighting back. China’s commerce ministry said as much in a statement right out of Chairman Mao’s playbook. Mao had often said when dealing with “U.S. imperialism”: “We will not attack unless we are attacked,” Mao often said. “But if we are attacked, we will certainly counterattack.”

A ministry spokesman said on April 6, 2018: “The Chinese way of doing things is like this: We do not pick a fight, but if someone does pick a fight, we will fight resolutely. The Chinese have always been very serious in handling these matters. We mean what we say.” And the commerce ministry added in a formal statement: “On the issue of Sino-U.S. trade, the Chinese position has been made very clear. We do not want to fight, but we are not afraid to fight a trade war.”

Trump and other U.S. officials are saying the U.S. isn’t engaged in a trade war with China. But China’s press is already using that term. Perhaps there won’t be a trade war; Trump may simply be employing his usual bluster to force more favorable terms of trade. He risks stepping over the line, however.

Trump needs to understand that the U.S. no longer faces the weak China of Mao’s time. They mean what they say, and they have the resources to fight back.

This is a time like no other when negotiating differences is important. Playing chicken is a fool’s game, especially when the U.S. and China need one another on important international issues, starting with North Korea.