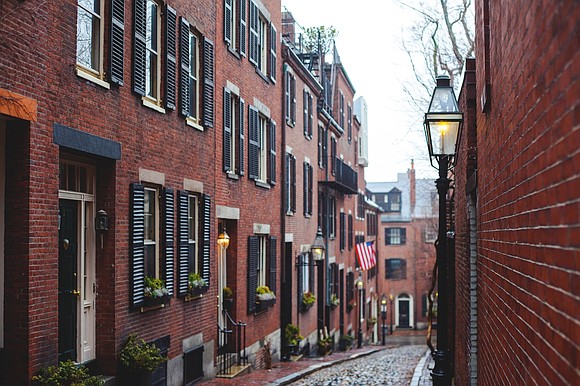 The little red house in the hilltown of Cummington, Mass. (pop. 800) sits not far along Main Street from the town’s historical museum, which marks its 50th anniversary this summer with continuous Saturday showings of a 1945 U.S. government documentary about a proud moment that echoes today.

It was in that house, as depicted in “The Cummington Story,” that many of the 44 World War II refugees who found sanctuary in this western Massachusetts community stayed between 1940 and 1944.

The 20-minute U.S. Overseas War Information Bureau film (https://archive.org/details/gov.archives.arc.46921), which was translated into 20 languages, dramatizes the temporary haven the Rev. Carl Sangree offered for German and Austrian refugees through the General Council of Congregational Christian Churches.

The Yankee townsfolk, at first suspicious of who these foreigners were and why they had traveled on a Greyhound bus to the picturesque New England village, felt the strangers— many of them artists, craftspeople and literary figures who were

political refugees or part of mixed religion couples who fell through the cracks of other assistance programs— couldn’t be trusted. But the strangers, who used their stay at the makeshift hostel— a dozen at a time— to retool their skills to find their way to new lives, won over the locals by their hard work.

The film was part of a series the U.S. government used to be shown in recently liberated Europe to counteract enemy propaganda and show the value of democratic institutions, from a New England town meeting to the freedom of religious expression.

Yet “The Cummington Story” also hints at some of the tensions the foreigners experienced, with some villagers— believing they were spies— even threatening to shoot them. They were confined to their rooms during a quarantine imposed after the nation declared war on Japan in 1941.

Tensions seem to melt away by the film's end through a kind of “occupational therapy” of these strangers honing their skills and taking part in village life in a way that helps both groups feel more comfortable with one another.

“I've always felt the strangeness between people breaks down when they live and work and meet together as neighbors,” said Sangree, who serves as narrator of the film, and who himself was suspect because he played basketball on Sundays amid the ‘Puritan' people of Cummington.

The Cummington story of today is of a small town that still struggles decades after the region’s manufacturing base, as well as its dairy farms were lost. Even its elementary school recently shut down.

Yet what remains is a pride in this town, which was home to two U.S. poets laureate over the past 50 years and was also the home of poet and New York Post publisher William Cullen Bryant, a prime supporter of Abraham Lincoln’s presidential ambitions. Some of its new residents any of the newer residents may hardly be aware of Sangree and the refugees he helped here, says Rev. Stephen Philbrick, pastor of one of the tiny town’s two Congregational churches, whose wife is Sangree’s granddaughter.

“People are passionate here about a lot of things,” said Philbrick, a standard bearer at the 15-year-old weekly peace vigil in front of the Bryant homestead to champion a variety of causes, including the latest crackdown on immigration.

Pride and a sense of social justice, run deep in Cummington, as the continuous showing of the 1945 film demonstrates, in part because of its role in offering refuge to foreigners who turned to America for help in starting a new life.

Richie Davis, distributed by PeaceVoice, is an award-winning journalist with 45 years experience whose reporting from Kentucky was supported by the Pulitzer Center on Crisis Reporting.