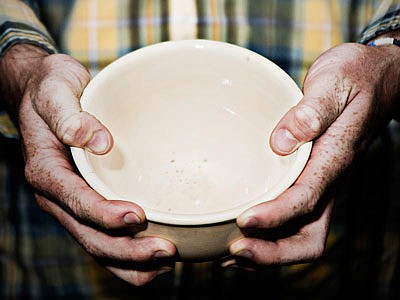 With the holiday season in full swing with festivities that include parties, celebrations, and lots of well-wishing, there still remains another tradition that is always quite sobering— the awareness that hunger is widespread.

One in nine households in America struggles to put food on the table and 220,111 people live in census tracts with poverty rates of 20 percent or more while 3,555 veterans live below the poverty line, according to the nonprofit, Bread for the World.

Even though the United States and the world have made substantial progress against hunger and poverty over the past 50 years, there are too many people that are still being left behind.

Ending hunger and poverty requires political will as well as comprehensive solutions that enable people to move toward financial stability.

In Maryland, 655,420 people are struggling with hunger and of them, 205,800 are children, according to Feeding America, the nation’s largest domestic hunger-relief organization. Reportedly, the food insecurity rate in Baltimore stands at 23 percent, by far the highest of any jurisdiction in the state.

Food insecurity is defined as the state of being without reliable access to a sufficient quantity of affordable, nutritious food.

Hunger and food insecurity are proven to have lasting effects on a child, according to officials from the nonprofit Public Citizens for Children and Youth.

The value of increased poor educational outcomes and lost lifetime earnings as a result of hunger and food insecurity was $19.2 billion in 2010, according to the national report Hunger in America, published by the Center for American Progress and co-authored by PCCY’s executive director.

The banking giant kicked off the program with a $4 million donation to Feeding America, the largest domestic hunger-relief organization in the United States. Wells Fargo will also match up to an additional $1 million in consumer monetary donations to Feeding America, potentially bringing Wells Fargo’s total contribution up to $5 million.

The organization estimates that, with every $1 contribution to Feeding America providing 10 meals, Wells Fargo will help secure more than 40 million meals for people in need.

Feeding America also will help Wells Fargo collect thousands of pounds of food at bank branches and other locations and distribute them to local food banks across the U.S.

“Food insecurity is a very real issue in too many communities, and it feels even more urgent during the holidays,” Jon Campbell, president of the Wells Fargo Foundation said in a news release.

“Wells Fargo believes we’re in a position to help move people and families out of poverty and build financial stability. And it starts with ensuring that all people have access to basic human needs — stable housing, food, education, and steady employment,” Campbell said. “Through our annual Holiday Food Bank, we are combining the power of our extensive branch network, the generosity of our customers, the enthusiasm of Wells Fargo volunteers, and the expertise of community food banks to make the season a little brighter for those who need it most.”