Over the past five years, officials at Baltimore Corps say programming has grown from an initial cohort of 10 Fellows to a 40-person Fellowship cohort, a year-round “Place for Purpose” service, the “Public Allies Maryland” program, and the Elevation Awards.

Earlier this year, Baltimore Corps commemorated its 5th anniversary with community sessions that included a “Community Fun Night at Shake & Bake Family Fun Center and a Masquerade Gala at the Legg Mason Tower.

Baltimore Corps is a nonprofit that enlists talent to accelerate social innovation in Baltimore and advance a citywide agenda for equity and racial justice. 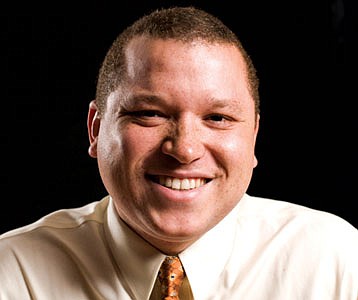 Fagan Harris, Baltimore Corps’ president and CEO who co-founded the organization with Wes Moore in 2013, has helped to set the organization’s strategic direction and lead its community of staff, fellows, associates, awardees, visionary cause leaders and partners.

“In founding Baltimore Corps, I set out to better understand and begin to tackle a series of important challenges. Namely, ‘how do we find better ways for the most talented people to go to work solving the world’s most important challenges?” Harris said. “And, ‘how do we equitably enlist talented people in transforming their communities? ‘How do we ensure that those charged with doing the work reflect the communities being served?”

Answering those questions led Harris and others to build Baltimore Corps, which initially focused on a fellowship and involved 10 individuals investing their careers in Baltimore’s social sector.

“We’ve now mobilized hundreds of highly effective leaders through a growing ecosystem of programs designed to build the pipeline of equity in leadership,” Harris said.

Baltimore Corps Fellows have played a key role in special initiatives across the city including driving the campaign to deploy naloxone to stem the opioid crisis and innovative workforce programs that attracted federal dollars to cultivate and connect the long-term unemployed, according to Harris.

The year-round “Place for Purpose” service, sources mid-to-senior-level professionals and executives to serve at the helm of best-in-class organizations like Roca Baltimore and Innovation Works.

Further, Baltimore Corps recently became the operating partner for Public Allies Maryland, which as an apprenticeship program for anyone over the age of 17 with a GED or high school diploma, facilitates an earlier entry point into a pipeline to equity in leadership.

Also, through the Elevation Awards and by operating Kiva Baltimore, Baltimore Corps invests in early-stage social entrepreneurs indigenous to our communities, according to Harris.

“We have a responsibility to extend our reach and tap the full potential of Baltimore City and its tremendous assets. We are routinely blown away by the passion and commitment of City residents and are working as hard as we can to build broader and deeper connections to

opportunity in our communities,” he said. “Our ambition is to continue to scale our footprint and inspire other institutions to lean into our values of advancing racial equity, uplifting sector effectiveness, and putting Baltimore first.”