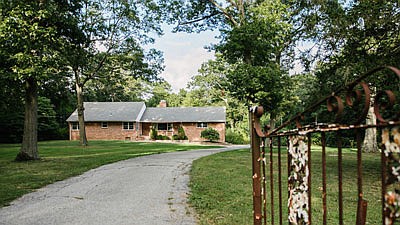 The historic home of John and Alice Coltrane. National Trust for Historic Preservation

The National Trust for Historic Preservation announced that one-year after the launch of the African American Cultural Heritage Action Fund the organization has hit a funding milestone, raising more than $10M dollars for this $25M initiative.

The Action Fund aims to uplift stories of African American achievement, activism, and community, crafting a narrative that expands a view of history, and that helps to reconstruct our national identity while inspiring a new generation of activists to advocate for diverse historic places, according to the announcement.

“We are proud of how over this past year we’ve helped to broaden the conversation about the places that matter,” Stephanie Meeks, president and CEO of the National Trust for Historic Preservation, said in a news release. “Since the launch of the Action Fund, we have seen overwhelming support across the country in saving spaces that tell the full American story.”

Launched in partnership with national foundations, and with support from a National Advisory Council, including co-chairs Darren Walker, president of the Ford Foundation, and actress and director Phylicia Rashad, the Action Fund has changed the landscape of African American preservation.

In this inaugural year, the Action Fund was able to award 16 grants, totaling more than $1M, to preservation organizations across the country, with funding going to support the preservation of sites and stories of black history.

The grants, presented at Essence Festival this July, covered work in communities from Birmingham to the South Side of Chicago, including sites of struggle and strength, according to the announcement.

“The Action Fund grant enabled us to move forward with the goal of transforming the August Wilson House into a community space, a hub of art, memory, and interpretation that will support young artists in Pittsburgh and across the country, and celebrate August Wilson’s legacy,” said Paul A. Ellis, Jr., executive director of the August Wilson House, an inaugural grant recipient.

Ellis, an attorney, is also Wilson’s nephew and the founder of the Daisy Wilson Artist Community, named after Wilson's mother, Daisy.

“This house and this community are more than just a place where August lived— they are the inspiration for his plays, and the physical representation of what he was able to accomplish,” he said.

In addition to grant funding, the National Trust through its Action Fund has supported four new National Treasure designations, including the childhood home of singer Nina Simone, and Memphis-based Clayborn Temple, famed for its role in the Sanitation Workers' Strike of 1968.

In the coming year, the National Trust has pledged to continue work on key preservation efforts, including conducting research exploring the impact that preservation has on contemporary urban issues that disproportionately affect communities of color— equity, displacement and affordability.

Additionally, support for Historically Black Colleges and Universities (HBCUs) will continue, from celebrating their history to advocating for the reauthorization of the HBCU Historic Preservation Program, which ensures that their histories and legacies are preserved.

“The Action Fund draws support from a renowned group of leaders in academic, business, government, arts and philanthropy, as well as the continued support of first-year lead funders Ford Foundation, The JPB Foundation, and others,” Leggs said.