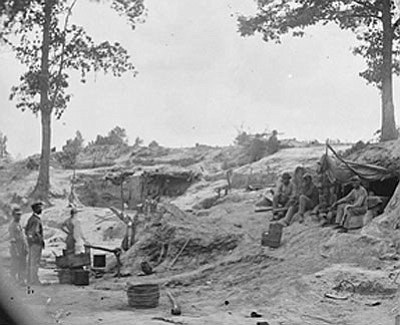 Battle of the Crater— Several of African American men from the three USCT Regiments who participated in the Union army battle for Petersburg, VA called “The Crater.” Several African Americans from Baltimore County served in this battle. History of the battle will be told at the program. Courtesy Photos

Very few documented histories of African American life and communities are available in Baltimore County. However, historian and author Louis S. Diggs, the president of the Friends of Historical Cherry Hill AUMP, Inc. and the president of the board of the Diggs-Johnson Museum in Granite continues his mission to tell these stories.

On Saturday, January 27, 2018, the museum, located at 2426 Offutt Road, will host Diggs’ presentation of his 10th book, “African-Americans from Baltimore County Who Served in The Civil War: Maryland’s Six USCT Regiments of Slaves.” 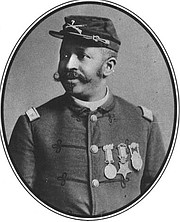 Brevet Lieutenant Colonel Alexander T. August— An African American Surgeon assigned to the 7th USCT Regiment. While on a train that stopped in Baltimore, MD, he was singled out while wearing his uniform and was attacked by white men.

The presentation of the 492-page book will take place from 1 p.m. to 3 p.m. The program is free but donations are encouraged.

Diggs, who has authored 14 books, says those he wrote previously to his 10th book only served to scratch the surface of the history of those who participated in the Civil War.

The book has about 475 pages that specifically detail the sacrifices and history of African-Americans from Baltimore County as free men and slaves, who from 1863 through the end of the war, either volunteered to serve by enlisting as substitutes for both white men and other free blacks, or who were drafted.

Others simply ran away from slavery hoping to gain their freedom by joining the six United States Colored Troop Regiments (USCT) formed in Maryland beginning in 1863.

“The majority of information was gleaned from the official military records of each soldier named in the book utilizing the websites, Fold3.com and Ancestry.com, and also the ‘History and Roster of Maryland Volunteers [and other research material],” Diggs said.

As the Civil War enhanced, there was a great need for the Union to recruit men to enlist, therefore in 1863, the Union established a “Bureau of Colored Troops” to facilitate the recruitment of African-Americans, Diggs said.

“It ended up with approximately 175 regiments of U.S. Colored Troops composed of more than 178,000 free and enslaved African-Americans,” he said. “Unfortunately, they started off earning less than their white counterparts [as] white soldiers were paid $13 a month and Black soldiers were paid $10 a month minus $3 for clothing.”

During the January 27 program, Diggs will include a power point presentation to help the audience further grasp the history of African Americans from Baltimore County who played a significant role in the Civil War. 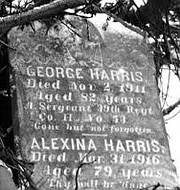 Headstone of George Harris, a former slave from the Winters Lane, an African American community in Catonsville, MD, who served in the Civil War.