End of an Era for Ravens GM Ozzie Newsome 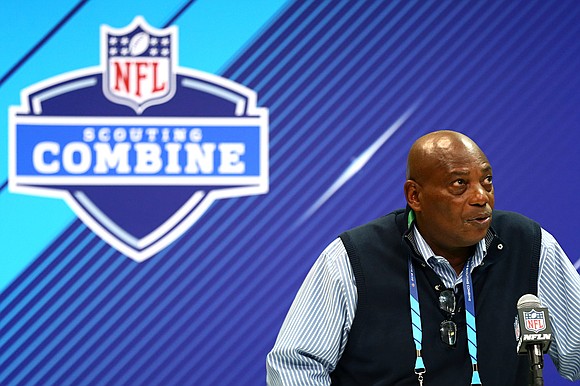 When Art Modell and the Cleveland Browns packed up and headed to Baltimore, Ozzie Newsome was one of the leaders in the front office. The Browns were coming off of a 5-11 season.

Both players became a cornerstone for the franchise on offense and defense. Ironically, Newsome made two first-round selections in the 2018 NFL Draft before retiring.

Grabbing a much-needed tight end to help the passing game in Hayden Hurst and adding a dynamic quarterback in Lamar Jackson could be the springboard towards a return to glory for the Ravens. Newsome's final pick was a defensive end named Zach Sieler of Ferris State.

"We are in the seventh round, and you're a Raven. You know what else? I've been doing this for 22 years, and you are my last pick. You going to make me proud...," Newsome said to Sieler in a clip posted on BaltimoreRavens.com.

The Ravens were able to make a seamless move to Baltimore and find success on the field thanks to Newsome's prowess as a talent evaluator. They've won two Super Bowls during his tenure.

Newsome's success extends beyond the field, however. A number of front office executives have blossomed under his tutelage. Eric DeCosta is now the main man in the Ravens' personnel department after Newsome stepped down.

DeCosta worked closely with Newsome over the years after graduating from the original “20/20” club made up of scouts that were around 20 years old making about $20,000 annually. The club also yielded Philadelphia Eagles VP or player personnel, Joe Douglas.

Douglas feels Newsome should be in the Hall of Fame as both a player and front office executive. He has taken the things that he learned from Newsome and applied it to his job in Philadelphia. It’s no coincidence the Eagles won a Super Bowl two years after Douglas' arrival.

The Ravens would like to get another Super Bowl of their own. With Joe Flacco still under center, there is no reason why the Ravens can't be competitive this season.

As the Ravens have done many times in the past, they brought in a veteran wide receiver to help revitalize the passing game. Michael Crabtree and Flacco have already started working on being a productive tandem.

Newsome will still be available to them for advice. Baltimore is in good shape now with their quarterback of the future and the defense still intact.