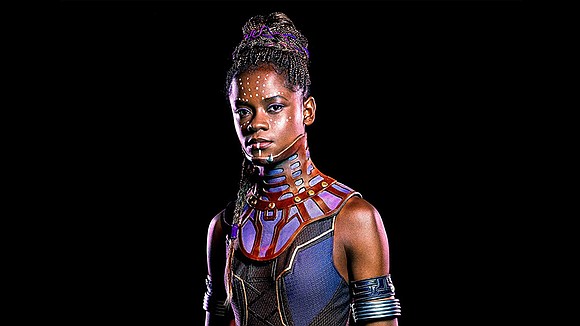 As I sat in the theater mesmerized by Marvel’s record-breaking “Black Panther,” there were so many moments and messages that filled me with an overwhelming sense of pride. The Black Girl Magic was palpable. King T’Challa was a strong, thoughtful king who loved and respected all of his leading ladies. Erik Killmonger was the best supervillain I’ve seen in a really long time. And of course, I want my next trip to the continent to include a visit to the breathtakingly beautiful Wakanda. However, all of those moments paled in comparison to my fascination with the STEM applications and the genius of Princess Shuri.

I am convinced that we can use Black Panther and Princess Shuri to help young people imagine their own STEM futures and the role they can play in driving innovation as we all prepare for the fourth industrial revolution. This revolution will be characterized by a range of emerging technologies, such as artificial intelligence, quantum computing and digitization. This revolution can be led by the next generation of “STEMinists.”

The Wakandan princess is the youngest of the strong, female characters showcased in this Ryan Coogler-directed blockbuster. She is unapologetically smart, funny, brave, and beautiful. Her language even demonstrates her tech-savvy leadership of the most technologically advanced nation in the world. As Shuri emerges as an unlikely “Shero,” her position is challenged when M’Baku tries to dismiss her as a mere child. Yet, we are introduced to energy spears,

kimoyo beads, sound absorbent sneakers, variations of the Black Panther suit, vibranium cars, and virtual modes of transportation— all out of the imagination and innovation of the young, hip princess.

In her very first scene, after lovingly teasing her brother, she snaps back, “just because something works doesn’t mean it can’t be improved.” Hence, our first glimpse into her engineering mind. Yes, we fell in love with the way she proudly showed off her latest advances in her lab, but hopefully you took note when Agent Ross expressed his skepticism stating that, “bullet wounds don’t just magically heal overnight.” Shuri chided him, saying, “They do here: but not by magic; by technology.”

For now, I will forgo my strong desire to layout the numerous parallels between vibranium (the fictitious precious metal) and natural gas and oil, but I will say that they are not only driving our

advanced manufacturing renaissance in this country, but are also the building blocks of innovations that will support prosperity, discovery and human

advancement across the world.

The energy industry is and will continue to be a major source of job opportunities in STEM fields. The natural gas and oil industry supports more than 10.3 million U.S. jobs, and recent reports project 1.9 million job opportunities by 2035, nearly 40 percent of which will be held by African Americans and Latinos. In addition to the large number of engineers, more than a million jobs can be characterized, as semi-skilled and skilled craft trades positions. I like to say that every job in our industry is a STEM job, because they will all include technology and problem solving (engineering).