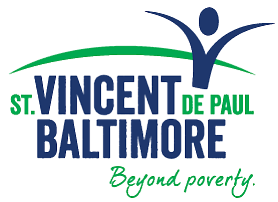 BALTIMORE — On March 20, 2018, Baltimore City’s Mayor Catherine Pugh will join other local leaders to celebrate the expansion of St. Vincent de Paul of Baltimore (SVDP)’s Front Door Rapid Rehousing Program, and the introduction of a new Navigator Model to provide employment services for the homeless under SVDP’s Career Connections program. The event will take place at the St. Vincent de Paul Center in Park Heights at 3445 Park Heights Avenue 10 am to 11 am.

The expansion of the Front Door Rapid Rehousing Program was made possible by a $1 million grant from the U.S. Department of Housing and Urban Development (HUD) as a part of the City of Baltimore’s Continuum of Care application. The HUD grant, as well as other funding, is enabling SVDP to undertake a large expansion of its Front Door Rapid Re-housing program for homeless families, increasing the numbers served each year from 65 families to 110 families. In addition, through a partnership with House of Ruth Maryland, a portion of the 110 families served includes those fleeing intimate partner violence.

In recent years, St. Vincent de Paul of Baltimore has been at the forefront of introducing rapid re-housing strategies to homeless families in Baltimore City, working with funding partners that include The Harry & Jeanette Weinberg Foundation, the Abell Foundation, United Way, and the City of Baltimore. Rapid Rehousing is a national best practice for reducing homelessness, and these services have proven to significantly reduce the length of time that families are homeless and lessen the negative impact of homelessness on both adults and children.

One of the biggest obstacles to obtaining and sustaining housing is lack of employment or underemployment. Recognizing the critical role that employment plays in the ongoing ability of homeless individuals and families to obtain and sustain their housing, SVDP is pioneering in Baltimore a national best practice called the Navigator Model for homeless individuals and families who receive rapid rehousing services, funded in large part by the Weinberg Foundation. St. Vincent de Paul’s Career Connections Program is integrating the navigator employment services with rapid rehousing services to improve employment and housing outcomes for homeless families in Baltimore City. The new model embeds “navigators” into Front Door and other rapid re-housing programs in Baltimore City to work as part of a multi-disciplinary team designed to improve client outcomes by increasing coordination between all of the complex systems that an individual or family may encounter while trying to obtain and maintain permanent housing, making the implementation of services more effective.

“We are thrilled to be able to expand these vitally needed, rapid re-housing services in Baltimore, and are especially pleased to integrate the navigator employment services into our program,” said Mary Rode, Chief Operating Officer at St. Vincent de Paul of Baltimore. “A multi-faceted approach to homeless services has proven to be successful, and we look forward to expanding the impact of these services and significantly reducing family homelessness.” (https://vimeo.com/245536702)

Families who are homeless, nationally and in Baltimore, represent about one third of the homeless population, and have been the fastest growing segment of the homeless population in recent years. They face many challenges to regaining housing due to the challenges of finding affordable housing for families on limited incomes, juggling employment while caring for children, and often needing to overcome other barriers to housing that include unemployment, physical and mental health needs, domestic violence, lack of education, and underemployment.

St. Vincent de Paul’s Front Door program aligns with Baltimore’s 10-Year Plan to End Homelessness, which recognizes a critical need to support alternative permanent housing strategies. The families served by Front Door are assisted in locating market-rate rental units in communities close to where their children are in school and where the family has existing support systems. Families are provided with client assistance to remove barriers to housing and short-term or medium-term rental assistance based on the needs and resources of each family. Case management is a critical component of rapid re-housing and helps families to access mainstream benefits, mental and physical health services, and support the family as they work to maintain their educational, employment, and financial well-being in order to achieve long-term economic self-sufficiency.

From its launch in 2014, Front Door’s three-year public and private partnership program saw 97 percent of clients successfully retain permanent housing at program exit. Furthermore, within 12 months of successful program exit, 95 percent of families did not return to the Baltimore City shelter system.