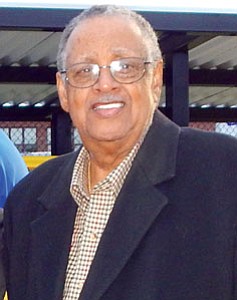 Prominent businessman and former president of the Development Credit Fund

The Baltimore Times is saddened to announce the passing of Ackneil M. Muldrow, II. A Memorial Service for Muldrow, who was 80, will be held on Friday, November 9, 2018 at the March Life Tribute Center located at 5616 Old Court Rd, in Windsor Mill, MD. The Family Hour will begin at 9 a.m., with a Memorial Service to follow at 11 a.m.

At the time of his passing, Muldrow was employed with The Baltimore Times. His long and storied business career included serving as the president of the Development Credit Fund, Inc. Muldrow served as chief administrator of a $7.5 million loan pool formulated to provide low cost financial assistance to minority-owned businesses operating in the State of Maryland.

“In 1960, Mr. Muldrow was one of the first persons to participate in the Civil Rights sit-ins at Woolworth,” said longtime friend Harold D. Young, Esquire. “At the time, he was in his senior year at North Carolina A&T. His legacy growing out of that was his mentorship. He was beyond measure and had a lot of connections. Through his board affiliations— and he had hundreds of them, he was a relationship manager.”

Young added, “He could hook anyone up with opportunity. His bread and butter was helping youth.”

The pioneering businessman also held board of trustee positions with the Walters Art Gallery, Arena Players, Inc., and the Reginald F. Lewis Maryland Museum of African American History and Culture.

“Mr. Muldrow was an excellent manager,” said Ken Oliver, who worked for Muldrow at the Development Credit Fund. “He was a very good guy. His legacy is putting African Americans in business and watching their businesses grow.”

Muldrow is survived by his wife Ruth, two children and a host of other relatives and friends.