Racism And The Black Vote, Then And Now! 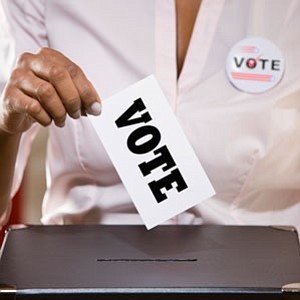 America has a long history of working to disenfranchise or denying black people the right to vote. From its beginning to the present, the U.S. government, both Local, State and Federal, has consistently implemented laws and policies to make it difficult for black men and women, free, enslaved or incarcerated to vote.

In the 1800s, many governments in the North and South, Local and State had a Poll Tax, which was a levy on all adults. Black people, especially cash strapped ones, were prohibited from voting because they could not afford to pay the Poll Tax. Literacy Test was another strategy used during the height of segregation by government leaders to keep black people from voting. Black voters would need to answer questions at the polling site, if they got one of the questions wrong, they would not be able to vote in a particular election. The Civil Rights Act of 1965 (Voting Rights Act) eliminated the use of literacy test in all elections.

The 15th Amendment to the U.S. Constitution gave all adult men the right to vote. However, the 13th Amendment to the U.S. Constitution eliminated slavery “except” when a person was incarcerated for conviction of a crime. So while black people have been considered free persons since the 1860s, the words “except” and “conviction” in the 15th amendment disproportionately impacts black American’s right to vote. Unfortunately, from the ending of the Civil War to the present, the incarceration of black men and women continues to be a reliable tool for denying voting rights. According to a previous report published by the U.S. Justice Department’s Statistics, “one in three black men will go to jail in their lifetime.” As result of the mass incarceration of black men and women, there are fewer black people able to vote for critical positions like judges, prosecutors, governors, presidents and other local, state and federal lawmakers.

Voter ID (identification) laws and the purging of voter rolls are some of the new tactics used to discourage and prohibit black people from voting. After the election of President Barack Obama, a few dozen states enacted laws and implemented voting policies that require persons to present valid government identification such as a driver’s license. These Voter ID laws can become very technical and are viewed by many Civil Rights advocates as a social, economic and racial barrier with the goal to lower black voter participation.

In many communities and states, black people are being removed from the voting rolls for many questionable practices such as mail coming back to the Board of Elections, persons not voting in a recent election, senior citizens becoming ill or permanently confined to an institution. Most studies conclude, that voter purging from the rolls is a sure bet to reduce the black Vote.

One thing is certain about racism and the black vote, “If voting wasn't important, people wouldn't work so hard to stop black people from voting!”