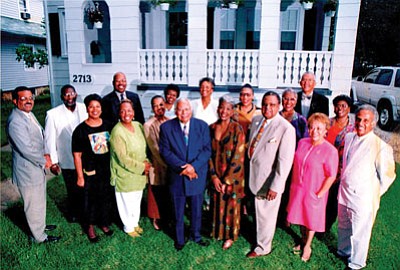 Beloved Ackneil M. Muldrow, II and his wife Ruth, (third and fourth from the right) are surrounded by friends, Reverend Marcus G. Wood, pastor, Providence Baptist Churh (center), good friend Harold D. Young, attorney at law, (left, front row) and others to celebrate their 25th wedding anniversary. Muldrow, who was 80, died of heart failure Oct. 25, 2018 at Sinai Hospital. A Memorial Service will be held on Friday, Nov. 9, 2018 at the March Life Tribute Center located at 5616 Old Court Rd, in Windsor Mill, MD. The Family Hour will begin at 9 a.m., with a Memorial Service to follow at 11 a.m. Harold D. Young

It was the 1960s, and a Virginia State College student by the name of Harold Young was being recruited by a dapper, business-savvy, young professional who worked for Commercial Credit Company by the name of Ackneil M. Muldrow, II. At the time, Young was 22, and Muldrow, who was manager of the company’s Equal Opportunity Programs, was 28. Young vividly recalled how impressed he was with his future longtime friend he refers to as “Neal.”

“Neal was an up and coming African American professional who attracted me to the company because of his personal approach and interests in things I could really relate to at the time,” said Young. “I was just blown away by his presentation, and as it turned out, it was an internship that rolled into permanent employment.”

Young added, “Neal recruited many young men and women from all across the country - mostly from the South. He helped to groom so many of us in that regard. Many of those he recruited did not have financial resources. He would put mattresses on his car, and household goods in his car, and literally move the person into their place of residence. He had a big heart and would go to any length to make one successful.”

Young, who had known Muldrow for 52 years, described his longtime friend as “a tireless advocate for uplifting and empowering African Americans.” This sentiment resonated throughout Baltimore’s business and political communities.

“Mr. Muldrow and I were longtime friends and business associates,” said Stanley W. Tucker, president and CEO of Meridian Management Group, a company which manages funds that provide financing to minority and women-owned businesses in Maryland and around the country. “He and I worked closely together for a number of years sharing our passion for making capital accessible for minority businesses. We both realized that capitalism without capital does not work in America.”

Tucker added, “It was a tremendous pleasure to work with Neal. He was passionate about his commitment to growth and development for black businesses, which continues to be a major impediment in this state and around the country. We will surely miss Neal, his creativity, commitment, and love for growth and development. We will continue to see if there are any more Ackneil Muldrows out there. But he really can’t be replaced.”

At the time of his passing, Muldrow was employed with The Baltimore Times.

“Mr. Muldrow was more than incredible,” said Stacey Brown, a staff writer for the publication. “A real throwback who, in my short time knowing him, still reminded me how business should always be conducted: head held high, be firm, be honest and always maintain your dignity. He had great contacts and was a great resource for a number of articles I have written for The Baltimore Times. I only wish I knew him longer simply to tap into his great knowledge and because he was a good man.”

Muldrow retired from the Development Credit Fund in 2005, after serving for 22 years. During its existence, the f und lent nearly $40 million for working capital, equipment and machinery. Among its many other attributes for helping minority businesses, the Fund managed a $4.0 million Empowerment Zone revolving loan fund for the federally funded Empower Baltimore Management Corporation, the Baltimore City recipient of a $100 million U.S. Department of Housing and Community Development grant. During its existence, the Fund employed over $39 million in loans through the Fund.

Former Baltimore City Housing Commissioner Daniel Henson worked with Muldrow at the Development Credit Fund, where Henson served as Chairman of the Board. The two met through the Baltimore Marketing Association, an organization Muldrow led as President and CEO from 2003 until 2005.

“He was a Southern gentleman,” Henson said of the Winston-Salem, N.C. native. “He had a Southern gentleman approach to everything . Even if he was mad, you wouldn’t know because he would be smiling. Even though he had been in Baltimore most of his life, the North Carolina in him never left.”

Henson is President of Henson Development Company, which develops distressed communities. He reflected on Muldrow’s willingness to share information he felt would help others.

“I pulled up a bunch of personal emails his emails he sent to me,” said Henson. “He loved to talk about and celebrate an entrepreneur who had gone on to greater things. These were people who he had helped, and he enjoyed talking about what they were doing now. He was proud of how they had taken off. He left a tremendous amount off successful businesspersons to celebrate his legacy.”

Muldrow had served or was serving on numerous boards.

“Mr. Muldrow was our board chair and Bon Secours’ biggest advocate and marketer,” said Dr. Samuel Ross, Chief Executive Officer of Bon Secours Baltimore Health System. “He was a tireless champion for our mission and he was a tireless advocate for this community. He held us all accountable for addressing Women and Minority Business Enterprise initiatives and health inequities. He was a gentleman, a scholar, and an inspirational role model for servant leadership. He made a difference and will be missed.”

Muldrow was not afraid to take a stand against injustice. In 1960, he was one of the first persons to participate in the Civil Rights sit-ins at Woolworth.

“I first knew Neil when he served as President of the Development Credit Fund,” said Adrienne A. Jones, Speaker Pro Tem of the Maryland House of Delegates. “I found him to be extremely business savvy and both professional and personable . He had a great sense of humor and was willing to do the mundane to the magnificent in assisting others. He will be truly missed by all who knew him.

“He was a dear friend,” said Ellen Janes, executive director of Central Baltimore Partnership. “He would send me things and introduce me to people. He always had an idea as to whom I could team up with. I loved that generosity and support. He was always of such good cheer. When the economy was good and when it was not so good, he stayed steadfast in his belief that businesses could thrive.”

The pioneering businessman also held board of trustee positions with the Walters Art Gallery, Arena Players, Inc., and the Reginald F. Lewis Maryland Museum of African American History and Culture.

“My relationship with Neal dates back to Commercial Credit as a CPA, referring a number of clients to his organization for borrowing purposes,” said Arnold Williams of Abrams, Foster, Nole & Williams, P.A, a minority-owned certified public accounting firm. “The clients wanted to borrow money, but he wasn’t an ordinary lender or banker. You could not borrow from them without getting a story, advice, and protection. They were not just lenders, they were also advisors. They took their clients under their wings.”

He added, “Neal was not shy about promoting minority businesses and diversity. He was a true advocate of minority business enterprises and getting them involved in the main sector. He was a leader that would not let his voice be void when it came to introducing diversity into mainstream organizations. His leadership helped develop future executives because of his wise counsel and engagement.”

Joy Bramble, publisher of The Baltimore Times said, “Mr Muldrow was one of the most connected people in Baltimore. It was a challenge to walk down the street with him or attend a gathering without being interrupted by people running up to him—some just to greet, others asking for advice, and some to remind and thank him for favors he had done for them. Always gracious, he would respond kindly even if he didn't remember why he was being thanked. He was dedicated to helping entrepreneurs. He was the booming and constant voice advocating for minority businesses. Our office will not be the same without his presence. He was a treasure to us at The Baltimore Times.“

Muldrow is survived by his wife of 44 years, Ruth; two children, three grandchildren and a host of other relatives and friends. 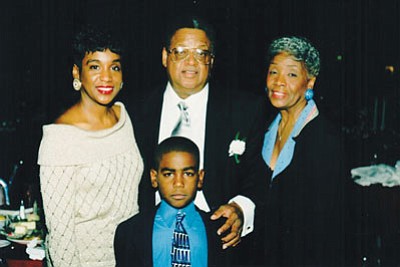 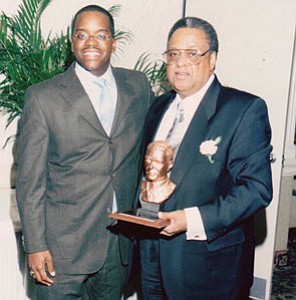 Mr. Muldrow was the recipient of the Henry G. Parks, Jr Business Award by the Baltimore Marketing Association December 7, 2000. He is shown here with son, Ackneil M. Muldrow, III (“Trey”) 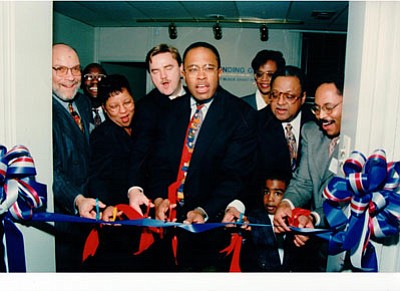 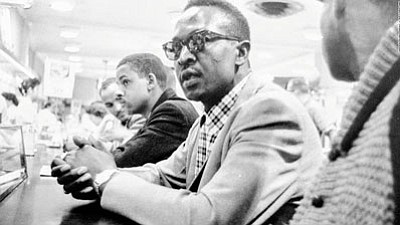 While a student at A&T State University, Muldrow participated in one of the first student lunch counter sit-ins at a Woolworth store in Greensboro, North Carolina to protest segregation. 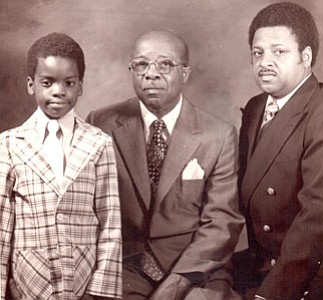