When Trump Was Afraid Of The Weather, And Other Insults To Veterans 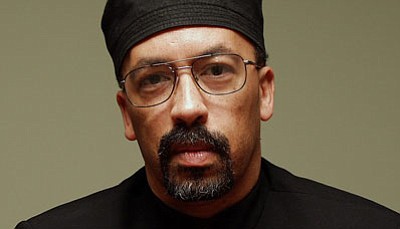 November 11, 2018 was not an insignificant date. It was not just another Veteran’s Day. One hundred years prior “The Great War”—as World War I was referenced—was ended with a cease-fire or armistice. Thus, November 11 was known originally as “Armistice Day.”

A war that should never have happened but took place because the great powers at the time were fighting largely over colonies, ended up costing the lives of millions. The USA, which only entered the war in 1917, nevertheless suffered major losses, including well after the war as victims of poison gas suffered and slowly died. A great-uncle of mine was one such victim of World War I.

Over the November 11 weekend leaders from around the world converged on France to commemorate the end of World War I. Donald Trump was to be one of the leaders and he had the special duty of visiting the mass graves for U.S. soldiers buried at the Aisne-Marne cemetery adjacent to Belleau Wood not far from Paris.

Belleau Wood was the site of a major battle between U.S. Marines (along with their British and French allies) and the Germans in which there were more than 9700 casualties. In US Marine history, Belleau Wood holds iconic status.

President Trump chose not to visit the cemetery due to the weather. Instead, he tweeted congratulations on the birthday of the U.S. Marine Corp.

I am not a militarist, and I generally find myself in opposition to U.S. foreign policy. However, there is something that I find absolutely obscene about Trump’s attitude towards U.S. soldiers and veterans. U.S. soldiers should not have been engaged in World War I but the fact of the matter is that they were deployed and suffered horribly. They, along with soldiers on both sides of the endless “no-man lands” separating trench systems occupied by opposing fighters, experienced a living hell.

There were no hotels to which to retreat; no television or warm meals; no warm baths. There was the ever-present threat of poison gas and the zing of bullets flying by or into one’s head. And there was the sound of the whistle being blown signaling for the troops to leap out of the trenches and march forward into the machine gun fire unleashed by those in the opposing trenches.

With this bit of history in mind, President Trump could not find it in himself to get a little wet and honor the lives of men who would never return home? Instead, his actions ring of contempt for those who were not rich enough or powerful enough to avoid the conflict.

Bill Fletcher, Jr. is the former president of TransAfrica Forum. You may follow him on Twitter, Facebook or visit: www.billfletcherjr.com. Read his new novel The Man Who Fell From the Sky from Hardball Press.