Wright on time for millennials 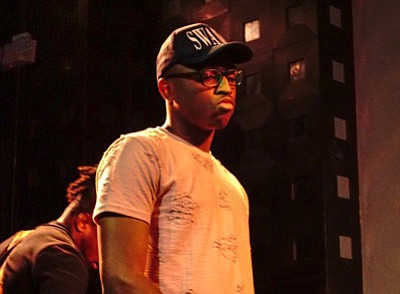 Baltimore artist and performer, Imani Wj Wright has joined The Baltimore Times and will be writing news and entertainment articles and posting videos aimed at Millennials. Otto Photography

Wright’s growth as a musician includes his time on scholarship at the Peabody Institute of Johns Hopkins, where he was honored with an “Outstanding Performance” award, and The Lyric Opera House of Baltimore, where he wrote an opera titled “Industrial Love.” His journalism experience also includes writing for Stereo Stickman, an online music magazine.

“I participated in really prestigious programs,” said Wright who also owns a music label. “When I reached college, I started to gain a real serious interest in the media outlet complex. I liked reading about music and entertainment. However, I was more interested in the

analytical side as opposed to the gossipy side.”

According to Wright’s bio, “through his various experiences in music, he has developed an eclectic sound that is undeniably of his unique creation.” However, his bio also notes “that as pleasing as the sound, the listener is also dually challenged to delve deeply into the music’s messages, ideas, and claims”.

Wright believes he is on the ‘right track’ to bring this ideology to youthful readers of The Baltimore Times.

“Out of performing live and seeing people wear my clothes, writing track reviews is most fun for me,” said Wright. “I enjoy the intellectual challenge of listening to a song, breaking it down and analyzing it.”

He added, “I am an artist myself, and I am always looking for originality, drive and high-quality music. The whole goal is to propel people.”