Don’t Believe The Hype: Vote, Our Lives Depend On It 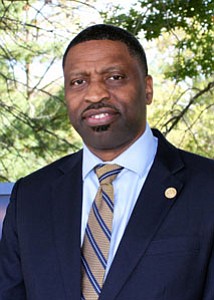 In the 2016 U.S. presidential election, we were wrong. Political forecasters, pollsters, elected officials and even the media told us that the 45th President of our nation would be a woman named Hillary Clinton, but they were wrong.

In many cases, the margin between who became president and who lost the race was a slim few thousand votes. For example, in the 2016 Presidential election, the winning margin was less than two percent in Michigan, Florida, Wisconsin, Pennsylvania and two other states. Though the popular vote was won by Hillary Clinton (in excess of 3 million votes) and the margin between victory and loss was small in many states, the “near victory” serves as cold comfort to those communities whose civil rights are slowly being rolled back under the ominous weight and rise of racism and White nationalism.

Today, like in 2016, we hear the predictions of a powerful political shift in the House of Representatives and possibly the Senate. While these predictions are promising, they alone will not ensure the interests of the black community, will be affirmed by the winners of the midterm elections. The only way we will get the respect we deserve is to show up and show out at the polls in November.

When we take our well-deserved seat at the table, we know our impact is always powerful.

We’ve seen the collective power of black women impact key races for office in special elections and primaries. Black women, according to our recent poll which analyzed the 61 most competitive midterm races, are tired of feeling disrespected by the Trump Administration and have made it a much higher priority to voice their displeasure at the polls. Black men are not far behind them. They too, along with other communities of color, are tired of the relentless racism permeating our nation and fueled by politicians.

As we approach November, we hear the faint yet consistent refrain— elections have consequences— ringing in our ears.

For the black community, November is a watershed moment. If we fail to vote in numbers respective to our actual political power, future generations will suffer for our apathy. We don’t have to tell our people how to vote, only that we must vote as if our lives and our children’s lives depend on it— because it does.

The NAACP has decided to fight back and we ask you to join us by using your ballot as the weapon of choice.

We ask you to visit NAACP.org to download and share resources to help those you know get registered and mobilized to vote. We are asking you to reach out to five people in your personal or social networks and bring them with you to the polls. If you understand the importance of this year’s elections, we know that you will sound the alarm, connect with others, and express your power by casting your vote.

Voting is not just about politics, it’s about fighting police brutality, preserving civil rights, providing public education, protecting the right of workers to organize, and giving those who need healthcare access to it. But most importantly, voting is about our ability to live as equals in a society that doesn’t always view us as such.

For resources on getting out the vote in your neighborhood and community visit: https://naacp.org/campaigns/fighting-for-democracy/

Stand strong and vote— our lives depend on it! See you at the polls.

Derrick Johnson is the President and CEO of the NAACP. Follow him on Twitter at @DerrickNAACP or @NAACP. Pledge to vote by Texting NAACP to 40649.