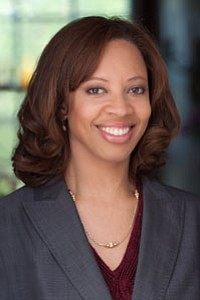 According to the National Assessment of Educational Progress, by the time U.S. children reach 4th grade, 60 percent are not proficient in math and the numbers get worse as children move through school. By eighth grade, nearly 70 percent of U.S. students are not proficient.

McIver wants to change that by teaching parents how to address the problem before it becomes a problem.

McIver is founder/CEO of Trapezium Math Club, an after-school program in Philadelphia that creates fun and engaging ways for students to learn hard math. After spending years researching older students with weak math backgrounds, McIver realized that her own children were not developing strong foundations as they moved through their elementary school math program. 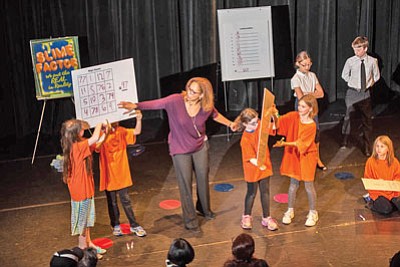 “Trapezium Math Club started as a way for me to ensure that my own children would have the skills they needed to succeed in algebra and beyond,” she said. “But now, with two children successfully navigating honors math courses in high school, I want to share what I have learned to empower parents to do the same.”

Through her work studying how older students learn math, McIver discovered that if a child leaves elementary school with a weak math foundation, successful remediation is very difficult.

“It becomes triage at that point," McIver said. “We tackle the most egregious skill deficits and hope it’s enough to get them through. But those children rarely feel confident in math and just like that, a career path is cut off.”

“If an elementary school graduated the majority of fifth graders without sight word recognition or fluency in reading, we would be appalled, because children wouldn’t be prepared for the demands of the middle school reading curriculum,” she said. “But, the math education your child needs for algebra and beyond is most likely not what their school is emphasizing. And once your child gets to middle school, it’s very difficult to get back on track.”

McIver says she often hears that schools discourage parents from working with their children at home in math.

“We understand the long-term benefits of reading to our child at an early age, but we don’t help the same parents build their child’s math proficiency,” McIver said. “As the world's reliance on technology has grown, so too has the demand for people who can succeed in math and parents hold the key.”

The competitive global economy is requiring students to master math skills so they can be ready for an increasing number of STEM-related jobs in the future. The Economic and Statistics Administration reports that jobs in fields related to science, technology, engineering and math are expected to grow to more than nine million by the year 2022.

Additionally, STEM workers reportedly earn more than 29 percent more than non-STEM workers. However if a child doesn’t develop a strong foundation in elementary school, the odds of success in math or math-related fields decreases significantly.

With Dinner Table Math®, McIver created a line of math games and activities that empower parents to build strong, confident math learners at home. The goal is to ensure that children continue to be successful in middle school math and beyond.

“My belief is that we should not wait for elementary schools to fix the math problem. Parents can fill those gaps from home. Dinner Table Math is key to helping our children become better students ready to tackle algebra and beyond,” McIver said.