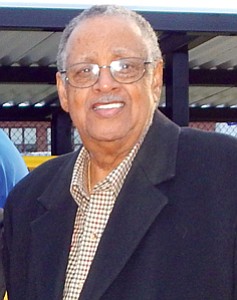 A man who reached many hearts beyond the borders of Baltimore with his newsletter platform, "Neil's Nation", Mr. Muldrow, was always caring, jovial, and determined to see those who were like him succeed. He spent years devoted to the advancement of small businesses and local initiatives in an effort to build up his people, and the city he called home. Mr. Muldrow knew everybody, and everybody knew him as kind, knowledgable, wise and incredibly able into his old age.

A relic of what it meant to grow up African-American in the United States during the civil rights era, a man who took it upon himself, personally, to fight for the rights of each and every person of color in our nation today.

Here at the Baltimore Times, where he spent some of his final days making us laugh, teaching us, and doing anything he could to further advance those around him, we can confidently say, the world has lost a treasure of a human being, and he will be sorely missed by all of us here, for a very long time.