Truth And Reconciliation For Gender-Based Offenses 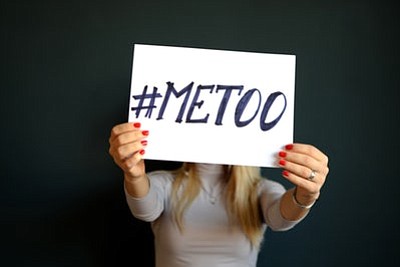 I was very inspired by the bold New York Times piece “Eight Stories of Men’s Regret,” published in response to the polarized debate over now-Justice Kavanaugh’s confirmation. Not only is it brave to confess one’s past transgressions but it’s also necessary for accountability, which is the missing link of #MeToo.

Perhaps most importantly, these actions will inspire others to do likewise. #MeToo should get much of the credit: Its hashtag inspired other, albeit less catchy, offshoots (#HimThough and #IDidThat) that focused on male accountability. This was the necessary counterpart to the outpouring of sexual assault survivor solidarity in the wake of the Harvey Weinstein exposé.

It is likely that these offshoots lacked the staying power of #MeToo primarily due to the reluctance of men to participate. Nonetheless, there is a tendency within #MeToo and beyond it to chastise men for speaking up in areas deemed sensitive to women— arguing that men need to listen rather than speak, defend, mansplain, etc.— but the question remains: What does male accountability look like? It certainly cannot be reduced to passive listening. This is how you would scold a child with some poor parenting. In the case of an adult, passive listening can only be the beginning of accountability.

This effort by men to publicly confess in a thoughtful, self-reflective manner is a major step forward in the fight for accountability. I can recall that one of the most powerful and inspiring moments from my years of anti-war activism (which led me to anti-violence and women’s rights activism) was watching the teary-eyed testimony of Iraq and Afghanistan war veterans confess during the Winter Soldier testimonies the crimes they committed against civilians. I can also recall, on video, the steely-eyed white South African police officers recounting how they tortured and murdered black freedom fighters during the Truth and Reconciliation Commission.

While the latter example was far less inspirational, truth is critical to any resolution of conflict or reparation of harm. It is the fulcrum of the lever of accountability— and of justice by extension.

It must be noted for the sake of fairness that accountability cannot be limited to one gender, and we cannot assume that men only harm women or that men are the only ones who cause harm. A major flaw of truth and reconciliation processes has been selective justice— that they have only scratched the surface in most cases. If these eight regretful men had gone deeper into their pasts, the reader may have learned where their lack of respect for boundaries originated. While they were all influenced by rape culture and violent socialization to some extent— just by being American men in their particular cases— no boy or man is immune from direct victimization. A victimized man is often a dangerous man due to the hyper-masculine need to disguise weakness or compensate for it in (often) violent ways.

While mainstream society has come a long way in recent months in propping up survivors and calling out perpetrators for violent and sexist behavior, it is time that we hear more from those perpetrators in the context of truth and reconciliation.

Matt Johnson, syndicated by PeaceVoice, is co-author of Trumpism.