We Have To Get Real About Achievement Gap Between Black And White Students! 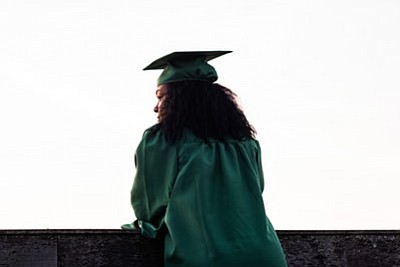 Our nation’s graduation rate is at an all-time high. The national figure shows 84 percent of young people, overall, graduating from high school within four years after first entering the 9th grade, a trend that has been on a consistent upswing since the 2010-2011 school year.

Still, despite much progress with that indicator, major gaps still exist. There is great concern that the graduation rate hype not only masks those gaps, but distracts us from what must be our ultimate goal— ensuring all students earn a high school diploma and are college and career ready.

Even as overall graduation rates improve, black and Hispanic students continue to lag behind that curve.

None of us can reasonably expect the closure of inequality gaps, if we’re simply satisfied with overall graduation rates while resigned to stubborn achievement gaps. Yet, it seems as if we’re in a phase whereby these disparities are being treated as normal—“the way it is”—as opposed to addressing a larger parity problem.

We have to ask ourselves: are we having a responsible and responsive conversation about high school graduation?

The most recent "Building a Grad Nation" report from America’s Promise Alliance says that, “Twenty-three states have black-white graduation rate gaps larger than the national average, including five states—Wisconsin, Nevada, Minnesota, New York, and Ohio—where the gap is more than 20 percentage points…Twenty-four states have Hispanic/white graduation rate gaps that exceed the national average, and in two states— Minnesota and New York—the gap is more than 20 percentage points.”

The persistent normalcy of lower achievement among certain disadvantaged student populations is deeply troubling. Closing those gaps should be as important— if not more— than simply raising overall graduation rates.

At the same time, graduation rates can be used to unfairly malign schools that are serving underprivileged youth and, in fact, helping at-risk students earn a high school diploma. Alternative schools are singled out for having four-year cohort graduation rates that are generally lower than the national average, but left out of the conversation is how these schools are intentionally designed to serve credit-deficient transfer students and former dropouts at risk of never earning a diploma at all.

Measuring how well schools are graduating students is important, but it should be done right, and must not create disincentives for schools to serve credit-deficient students or dropouts looking for a second chance. After all, what is more important for these students: graduating or graduating “on-time?” It’s why graduation rate calculations should be reformed altogether so schools are held accountable for students’ annual progress toward graduation every year, not just in the fourth year of high school.

Sadly, the drive to meet on-time graduation has led to recent cases of manipulation and fraud, which, of course, is wrong, but it also misses the primary purposes of high school altogether: preparing students for higher education, careers, and the workforce. The linkage between these goals— graduation and college and career readiness— is crucial for broader national competitiveness. Graduating students is meaningless if they are not prepared.