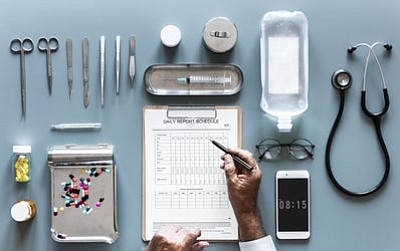 Waiting at the doctor's office could soon become a national pastime. One-third of America's doctors are on the verge of retirement. Yet the number of students graduating from U.S. medical schools is growing at an anemic rate— less than 1.5 percent a year, on average, over the last five years.

The U.S. population will reach nearly 360 million by 2030. The number of elderly Americans, who require twice as much medical care as young people, will surge 50 percent. As a result, America could be facing a shortage of 121,000 doctors by 2030, according to a new report from the Association of American Medical Colleges.

To narrow that gap, the United States must look beyond its borders, to graduates of international medical schools. Many are U.S. citizens eager to return home to begin their careers. It's time to welcome them.

Things are projected to grow worse over the next decade. By 2030, the AAMC estimates, we may need an additional 49,000 primary care physicians to meet the needs of our patient population.

Even if they enroll more students, U.S. medical schools won't plug this gap on their own. Most graduates of U.S. schools pursue careers as specialists. Last year, only 38 percent chose residencies in primary care.

U.S. medical school graduates also tend to cluster in relatively affluent cities and suburbs. Only one in four practices in a medically underserved region. And just one in ten doctors practices in a rural area, even though 20 percent of Americans live in one.

Many of these international graduates are U.S. citizens who chose to pursue their medical studies abroad. For example, 74 percent of the students at the medical school I lead, St. George's University in Grenada, are Americans.

It's imperative that America's leaders ensure that graduates like these can return home to complete their training.

At the national level, Congress could pass the bipartisan Resident Physician Shortage Reduction Act, which is currently stalled in the House of Representatives. The bill would fund 15,000 additional residencies— at least half of which would be in specialties experiencing shortages.

Consider one California initiative offered through the UCLA School of Medicine. Created in 2007, the International Medical Graduate Program offers financial support and tailored test-prep classes to doctors trained abroad as they prepare for the U.S. Medical License Examination and the residency match progress. In return,

program enrollees must pledge to complete a family medicine residency in California and then practice for at least three years in an underserved community.

America's physician shortage is set to worsen as the population grows and ages. International medical graduates could be the cure for this looming shortfall.