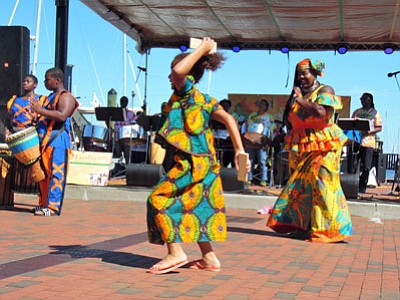 On Saturday, September 29, 2018, the 29th Annual Kunta Kinte Heritage Festival returns to Annapolis City Dock from 10 a.m. to 7 p.m. Locals and tourists can expect another action-packed day full of music, dance, eclectic entertainment, food and art for all ages while remembering an African, Kunta Kinte, who was brought to Annapolis on the Lord Ligonier in 1767 and sold into slavery. Kunta Kinte was introduced to the world by the late author Alex Haley in his novel, “Roots.”

Among the entertainment lineup scheduled on the Anne Arundel Community College Community Stage is a performance by Nathan Richardson, an accomplished performance poet and author who will portray abolitionist, Frederick Douglass. Simrin Speaks, a young artist, poet and inspirational speaker will be featured in an hour of young talent entitled the Generation Z Power Hour along with Annapolitan, child rapper Young Dylan, who has appeared on The Ellen Show.

Kankouran West African Dance Company from Washington, D.C. is scheduled to celebrate West African culture through dance and drumming. The music group “Clones Of Funk” return to the main stage as a headliner. Charis Jones, singer of the Boo’d Up Go Go Remix will entertain festival goers, along with other featured acts, including: Got My Own Sound; Annapolis Drum & Bugle Corp; and Craig Dobson and the Christian Cavaliers of Annapolis.

Jan F. Lee, chairperson of the Kunta Kinte Heritage Festival and a host of volunteers have been working hard behind the scenes to meet their goal of making the festival bigger and better than last year. Over 90 vendors in food, arts and crafts, education and community categories will join the cultural celebration commemorating Kunta Kinte’s arrival in Annapolis; the perseverance, education, and cultural heritage of Africans, African-Americans and Caribbean people of African descent.

“We have more vendors than we’ve had in recent years,” said Lee, as she explained the importance of the involvement of both businesses and the community. 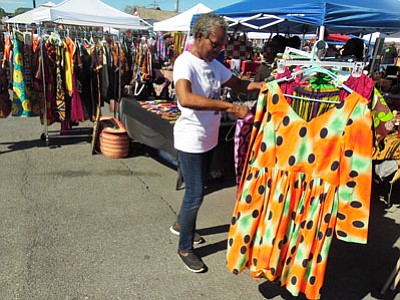 Over 90 vendors in food, arts and crafts, education and community categories will join the cultural celebration commemorating Kunta Kinte’s arrival in Annapolis.

Volunteers also contribute to the growth and success of the Kunta Kinte Heritage Festival. Lee says that volunteers are always needed, during the festival.

Sisters Carolyn Young and Danielle Young have answered the call to volunteer during the festival for a little over 20 years. Their parents, Thomasine and William Young were previously food and entertainment chairs of the festival and the sisters are continuing to following in their parent’s footsteps by volunteer to chair the Food Committee and Arts & Crafts Committee.

“We’re getting bigger and we’re really excited about that, because we’ve worked on being bigger and [want] to get different age groups to understand the culture. We have vendors— and we have vendors of all ages,” Danielle said. “One of the exciting things that we have this year are young entrepreneurs— young children from ages 7-16.”

As a part of application process to participate in this year’s Kunta Kinte Heritage Festival, youth submitted essays about what inspired them to want to be a young entrepreneur, and what got them involved in what they make and sell.

“The festival has always included youth and young people,” Lee said. “But we really wanted to highlight them and give them an opportunity to shine in a different way this year.”

Her 16-year-old son, Daequan Smith who has been volunteering since he was four or five years old represents the next generation of Kunta Kinte festival goers.

“At the Kunta Kinte Festival, maybe you think it is just for African-Americans or native Africans, but as it’s grown, I think the public has seen that it’s for everyone. So we’re trying to reach a wide variety,” Carolyn said. “It’s not just for the older ones. The younger ones need to learn [about] their heritage and be proud of it.”

All nationalities and all ages are invited to attend the festival.

For more information about the Kunte Kinte Festival is available at: www.facebook.com/KuntaKinteFest/.