Money Has Shaped The Political Machinery And Elections 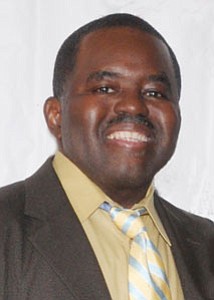 As America gets closer to the mid-term election, it takes more money to win. Every candidate is asking for more money, and everyone wonders where all that money goes. When one candidate spends over 30 million dollars of his own money for a primary, politics makes no sense, and voters think the system is corrupt.

There is a fundamental problem in the system, because if you don’t have money you cannot win your election. The Democrats complain about the Republicans having too much money, and the Republicans say the same thing about the Democrats, but all the candidates are spending and asking for money.

As soon as a candidate wins an election, the next week he/she is starting to solicit more money for the next election. Once the elected official settles into office, the money folks start asking for favors. Especially, if the company or individual contributed to the winner’s election, the politician is able to make time for a meeting or a meal.

Both the Democrats and the Republicans are notorious in saying that financial contributions, do not affect their decisions. But all Americans know that once you take the money, at some point, they will start calling.

There is a thin line between bending a rule and breaking a law. Political donations come in many forms and flying in a billionaire’s jet can be construed as a political gift and breaking the law.

Recently, in almost 75 percent of the states in the country, someone in a political office has been sent to prison for breaking the law. Starting from the lowest level of a city commissioner to a state governor has been caught with their fingers in the cookie jar.

In Illinois four out of seven recent governors have gone to prison for corruption and fraud.

“I gave to many people, before this, before two months ago, I was a businessman. I give to everybody. When they call, I give. And do you know what? When I need something from them two years later, three years later, I call them, they are there for me. And that’s a broken system,” – Donald Trump in 2015.

When the president of the country brags about giving a donation to an official for a favor, it is obvious that the system is broken and shaped by who gives the most money.

In Virginia in 2014, former Governor Bob Mc Donnell, and his wife Maureen were charged with accepting more than $140,000 in loans and gifts, in exchange for promoting the business of a political patron who was seeking special favors.

In Florida’s southwest coast, gagging over the stink of dead fish, and marine mammals, has a point when they call Governor Rick Scott – Red Tide Rick. The EPA let the state make up their own rules, and Floridians can see and smell, how well that is turning out.

One of the first things Governor Scott did as governor was to reject a high-speed rail line with good-paying jobs, and Governor Scott was considered the worst governor in the country. As a billionaire, he has continued to invest and grow his companies, here and around the world, as governor of Florida.

Many residents ask, “Why would a billionaire spend 30 million of his own money to take a job making two or three hundred thousand dollars?”

The answer is following the money, because when you leave the job, you are usually a millionaire in the higher statewide positions. If you are a millionaire, you will double the opportunity to grow your business, and billionaires double and triple their investments.

Whether you are a Democrat, Republican or independent, politics is about getting paid and making deals.