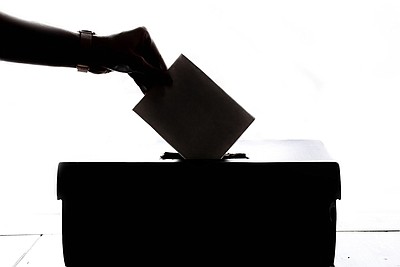 If the 2019 elections are any indication, Republicans need to worry about their viability come 2020. In Virginia, Democrats have majorities in both its upper and lower houses. With a Democratic governor, Virginia has an unprecedented opportunity to shape public policy, especially around gun control, a key concern for many. In West Virginia, the candidate backed by 45 lost. Many will say it is because of the Republican governor, Matt Bevin, was extremely unpopular. If so why was 45 propping him up? He must have thought he had a prayer.

Forty-five notwithstanding, Bevin's Democratic opponent, Attorney General Andy Beshear, scored a very narrow victory, getting 49.2 percent of the vote, compared to Bevin's 48.8. Just five thousand votes separate the two men, but a narrow win is still a victory, and 45 has egg on his face. Usually, when 45 shows up and takes it over the line, the base is supposed to get fired up. Not this time.

While Democrats scored some gains, the Mississippi governor's mansion is still in Republican hands. Mississippi has the largest concentration of black people— 39 percent— of any state, but African Americans remain underrepresented among elected officials in Mississippi. Is it voter turnout? An inability to forge a progressive coalition? Or, are race matters so hardwired in Mississippi that Republicans will always prevail?

Although the affirmative action measure— Referendum 88— lost very narrowly, it still failed. That means that state agencies can't openly recruit diverse candidates, and contracting agencies can't make special efforts to reach out to those who are underrepresented. And since the anti-affirmative action measure passed in 1998, the numbers of minority and women-owned businesses have dropped in the state. That's a step backward!

One of the reasons Referendum 88 failed was because a group of Chinese immigrants was among those who campaigned to defeat the affirmative action measure. Former governor Gary Locke, an Asian American man who describes himself as a product of affirmative action, fought for the referendum. But the majority of voters rejected the measure. So much for the "people of color" coalition.

Still, it is interesting that a recent Gallup poll showed that a majority of white people in this country narrowly favor affirmative action, with 65 percent advocating affirmative action for women and 61 percent supporting affirmative action for minorities. These levels of support are the highest since Gallup began polling on this issue. Perhaps the recent focus on the wealth gap has sensitized some people to inequality. In any case, as positive as the poll was, it didn't translate to the vote.