Promised Land Might Be Near, But Is Not Quite Here 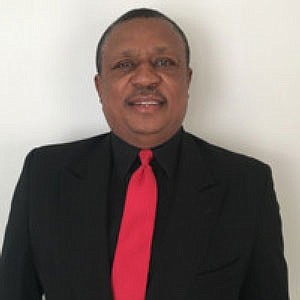 Last month America celebrated Martin Luther King Jr's Birthday, 50 years after his assassination. Now is a time when Dr. King's principles and philosophy are more than ever needed - and being more than ever challenged. During an MLK Day speech, former vice president, Joe Biden, commented that “it doesn’t take much to awaken hate” in America. Did hate go to sleep?

Mr. Biden's comment is a recognition that in the last half century when African Americans made more strides toward full citizenship than we had in the previous 350 years since we arrived in chains in Jamestown, Virginia - exactly four centuries ago this year - that this country's racist power elite appeared to retreat from their blatant Apartheid system of racial control.

That appearance - or disappearance - is deceptive. Though the racist power elite may have seemed dormant they were regrouping , not retreating. One need only closely scrutinize certain government and corporate policies affecting African Americans to see glaring systemic machinations that maintain the African American population at-large in a perpetual downtrodden status which is more effective than Jim Crow because the in-your-face racism has been replaced with the illusion of egalitarianism.

The following thumbnails identify critical social categories that demonstrate, despite outliers and celebrity examples, how far African Americans have yet to climb to reach that Promised Land envisioned by Dr. King.

A 2018 report by the Urban Institute found that African American home ownership is lower now than it was prior to the passage of the Fair Housing Act in 1968 when it was legal for the government and the private sector to racially discriminate. According to the National Association of Real Estate Brokers home ownership among African Americans is currently 41.7% versus 72.2% for Caucasians. A study by Zillow Research finds this ownership gap is wider now than it was in 1900.

Forbes Magazine published a May 2018 article revealing that nationally African American mortgage applicants were denied 21% of the time versus an 8.1% denial rate for Caucasians. On the flip side, "using data from three waves of the U.S. Survey of Consumer Finance, our results suggest that black borrowers on average pay about 29 basis points more than comparable white borrowers," reports researchgate.net.

"At any given poverty level, districts that have a higher proportion of white students get substantially higher funding than districts that have more minority students,” according to Genentech data scientist, David Mosenkis. Based on data from the National Center for Education Statistics, high school graduation rates for Caucasian students is 88% versus 76% for African Americans, in direct correlation to funding levels.

Over 30 million Americans, nearly 10% of the population are illiterate according to a Concordia University study, adding that "literacy continues to be a mechanism of social control and oppression." On the 2015 National Assessment of Educational Progress 12th Grade Reading Level Assessment, 46% of Caucasian students scored proficient or better, while only 17% of African American students scored comparably.