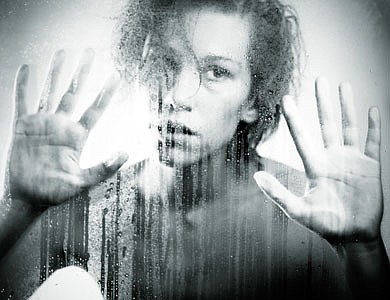 The film follows multiple teenagers who discuss their experiences with anxiety, what causes their anxiety to surface and the various ways it can trigger certain behavior.

What can be deduced from this film is that peer pressure, high expectations set in both school and at home, as well as constantly worrying can trigger anxiety attacks. From third graders having pre-mature worries about getting into college because of intense academic com- petition to high school students who distance themselves from social activities, anxiety clearly has the ability to effect behavior.

The film touches on how anxiety can escalate to having a panic attack where the body has an uncontrollable physical response— heart racing, body shaking and chronic abdominal pain are a few of the symptoms. Fear paralyzes them and can be tied to feelings of inadequacy.

Exposure therapy is mentioned as being one of the methods to help cope with anxiety. Breathing techniques, journaling, listening to a clock in a quiet room or focusing really closely on a memory are all exercises to help with mental health.

Michael Phelps, the most decorated Olympic swimmer, appears in the documentary. He recounts his personal experience with anxiety and his battle with constant negative thoughts about feelings of not wanting to be alive. A highly competitive professional athlete sharing his struggles supports the overarching message of this documentary, which is to highlight the severity of mental health issues, as well as lend the opinion that anyone with this illness isn’t alone.

What viewers can take away from this documentary is that mental health has the ability to affect anyone at any age.

Those who attended this screening were mostly parents and their school-aged children. In a time when we are more connected than ever before, the pressure to achieve and live up to a certain ideal has been felt the most among millenials.

The social media climate of constant comparison and being inundated with aspirational images on various platforms wields feelings of inadequacy. Perhaps, the subconscious strain to always “perform” well and to be an extroverted social being causes the most angst, as well as the thought of never being able to measure up.

The conversation surrounding mental health among young adults has become more open for public discussion. A documentary such as this one serves as a reminder that anxiety is a serious condition that should not be handled lightly. This illness can effect anyone at any age and no person should have to suffer in silence.

By comparison, it is simply unrealistic to think that happiness is an emotion that can be felt every minute of the day but perhaps reaching a state of equilibrium and allowing room for occasional shifts in mood is what most people can strive for.

It’s okay for a person to have feelings no matter how good or bad they may be. However, lingering feelings of doubt, fear and worry need proper care and attention because if these feelings persist, the outcome could be fatal.

Morgan Reid completed her undergraduate degree at Temple University. She holds a Masters from Johns Hopkins University and lives in Baltimore, MD.