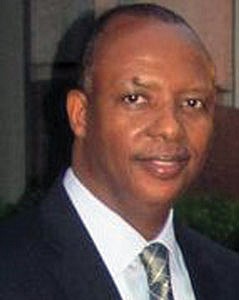 In response, the HBCU Community Development Action Coalition (CDAC) has launched the first HBCU-focused Opportunity Fund to ignite reinvestment in and around Historically Black Colleges and Universities (HBCU).

The Renaissance HBCU Opportunity Fund seeks to attract investment capital to help fund development of mixed-use projects on or near HBCU campuses in federally designated Opportunity Zones, according to a news release.

The Fund has also been selected to receive support from the Kresge and Rockefeller Foundations through the Opportunity Zones Incubator, which will provide technical assistance to help bring the Fund to market.

“With nearly 50 percent of HBCUs located in Opportunity Zones, the HBCU-CDAC sees this is an opportunity to position HBCU communities as investment hubs that will ultimately create jobs, stimulate small business activity, and create better economic opportunities within these communities,” said Ron Butler, the CEO of the HBCU-CDAC.

“With the support of the Kresge and Rockefeller Foundations and in partnership with Renaissance Equity Partners, the Fund will be in a position to actively seek investment opportunities on or around HBCU campuses.”

The partnership between the HBCU-CDAC and Renaissance Equity Partners will pursue mixed-use projects that will attract business and create workforce, housing opportunities targeted to junior faculty, staff, graduate students, and military veterans with GI Bill benefits.

The Fund also intends to structure each investment transaction in such a way that will allow the neighboring HBCU to share in the financial success of the project.

Two Maryland HBCUs, Coppin State University in Baltimore and the University of Maryland Eastern Shore in Princess Anne, are located in federally designated Opportunity Zones and a Renaissance HBCU Opportunity Fund was organized to attract private sector investment capital to help finance the development of quality mixed use projects on or near HBCU campuses.

“We would welcome the opportunity to brainstorm with Coppin State and Maryland Eastern shore officials about potential mixed-use projects near their campuses,” Butler said.

Butler called the alliance between HBCU-CDAC and Renaissance Equity Partners a win-win because they share a successful track record of assisting HBCUs to access economic finance initiatives to attract investment capital to HBCU Communities.

“For example, Renaissance Equity Partners is presently assisting a Dallas, Texas HBCU access the New Markets Tax Credits (NMTC) program to help finance the development of a mixed-use project with student housing and an adjacent community facility featuring a state of the art competition gymnasium,” Butler said. “We believe our participation in the Opportunity Zone program to be an appropriate extension of our successes with the NMTC program. Like our work with the NMTC program, our operation of the Renaissance HBCU Opportunity Fund will enable us help HBCU attract much needed private sector investment capital.”

“Their assistance and support have been invaluable,” he said.

Further, the Renaissance HBCU Opportunity Fund will facilitate the development of quality, mixed-use, projects near HBCU campuses with each project containing a residential and commercial component.