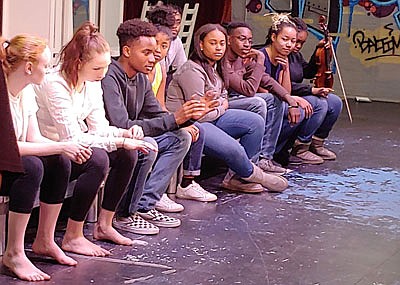 A special Martin Luther King Jr. Day presentation of the George Bizet opera, “Voices of Carmen” that will include a discussion examining escalating conflicts and violence among young people is planned for Charm City.

The urban musical adaptation of the iconic opera, which is set in a high school to contemporary rhythm and beats, as well as what the director calls a creative vehicle for important conversations, is scheduled for Monday, January 21, 2019 at Motor House in Baltimore 2:30 p.m. Admission is free. 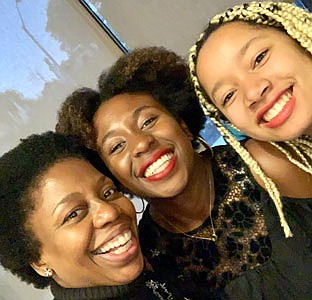 “Basically, one of the things about doing a new musical production is that it’s designed to be a vehicle for community conversations,” said writer, director and choreographer CJay Philip, who first produced an adaptation of “Carmen” in 2007 in Zurich, Switzerland with her brother and co-choreographer Kelvin Hardy.

Philip says the feedback she received during earlier auditions from her students made her realize the benefits of establishing a production to recognize the slain civil rights leader’s holiday.

“I was shocked how fantastic and quick [the students] were wit the material,” she said.

“The young people wanted to do this for Martin Luther King, Jr. Day specifically because of what we are talking about … escalating conflicts with teens and how do we de-escalate them and what are the tools to deal with fear and frustration,” Philip said. “Specifically, we talked about this under the umbrella of nonviolence, so that’s why we’re doing the Martin Luther King Jr. Day event.”

A French Opéra comique, “Carmen” is also based on the novella of the same title by Prosper Mérimée that was first published in 1845. According to historians, the opera premiered in Paris in 1875 and the opening run was denounced by the majority of critics.

Set in southern Spain, it tells the story of the downfall of Don José, a naïve soldier who is seduced by Carmen. José abandons his childhood sweetheart and deserts from his military duties, yet loses Carmen’s love to Escamillo, a matador. Jose ultimately kills Carmen in a fit of jealousy.

Historians say Bizet died of a heart attack at 36 in 1875, never knowing how popular Carmen would become.

The more recent escalation in school violence and relational aggression among teens led Philip to believe the time was right to bring “Carmen” to the stage and into communities as a vehicle for dialogue around sensitive topics.

“I was tired of town hall meetings and community conversations after an incident,” Philip said. “Teenagers are being beat up, bullied and even killed over a break up. We have to find a way to get out in front of this problem.”

“Voices of Carmen” is my attempt to create an avenue for youth voices to be heard and for communities to listen. Young people face a lot of pressures, stress, fear and are shamed every day. How can we help them deal with it and know they are not alone?”

Phillip has updated the work and rewritten much of the script. “Voices of Carmen,” has a youth council of students who advise Philip on school climate, music styles, themes and relevance of the work.

Contemporary arrangements of the music by Bizet along with eight originals songs written and arrangement by CJay in collaboration with her husband and music producer Winston Philip range from R&B to Pop and Hip-Hop.

Citywide auditions are scheduled from March 2 to March 4 for youth ages 14-21 and the show premieres July 31, 2019 at the Baltimore School for the Arts (BSA). The show will also be presented on the Kennedy Center Millennium Stage on August 3, 2019.

“Voices of Carmen” music is available free on Sound Cloud for students to learn and prepare for the citywide auditions in March. Once selected for a role, students will record an original cast album before the start of “Camp Carmen” on July 8, 2019 at the BSA. 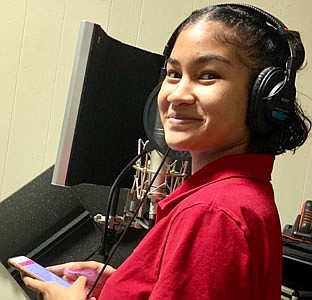