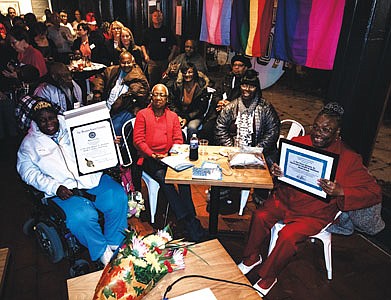 Following the death of Ackneil M. Muldrow, II, the longtime businessman was remembered as “a tireless advocate for uplifting and empowering African Americans.” Muldrow’s long and storied business career included serving as the President and Chief Executive Officer of the Development Credit Fund, Inc. Muldrow served as chief administrator of a $7.5 million loan pool formulated to provide low cost financial assistance to minority-owned businesses operating in the State of Maryland. 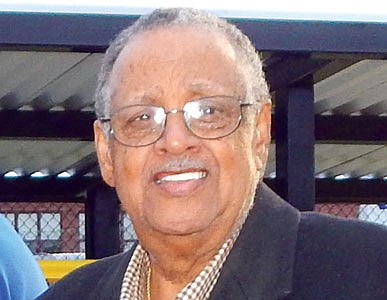 Muldrow served as a CBP Board Member up until his death. The naming of its business development program after Muldrow was highlighted in December at CBP’s 8th Annual Honor Roll held at Motor House on North Avenue. The Honor Roll is an annual celebration of the unique collaborative effort that is transforming Central Baltimore.

Over 100 people attended the annual event, which recognized Innovative Partnerships and paid tribute to Muldrow. During the event, honorees were highlighted and presented with certificates.

“Mr. Muldrow was such a dynamic man,” said Baltimore Times publisher and CEO Joy Bramble, who attended the event. “We had the honor and privilege of having him on our staff at The Baltimore Times until his passing. We were so blessed to have him, and miss him dearly.

“His contributions to minority-owned businesses in Maryland and beyond is immeasurable. I applaud Central Baltimore Partnership for establishing a living memorial in his honor that will help to continue his mission of assisting black businesses.”

“Given Neil’s concern about minority businesses, particularly those in the Charles Street corridor, this seemed like the perfect way to keep his memory alive,” said Janes. “He was a doer, and this Fund will have a practical impact. I admired him. He always had relevant, up-to-date information that he was always willing to share. This is our way of saying thank you to him for all the help he gave us. We felt this living memorial would be very appropriate for him.”

CBP is a ten-year-old nonprofit with over 100 partners who together achieve a comprehensive strategy for community revival in 11 Central Baltimore neighborhoods. According to CBP, the Fund was created to foster small business development in Central Baltimore, and is expected to be up and running this year. When finalized, the Fund will offer businesses without the financial capacity to qualify for a traditional commercial loan to support upgrades and tenant build-out plans.

According to CBP, the organization is often approached for financial assistance to help their businesses locate in, expand and/or make interior improvements. On many occasions the extent of deterioration of commercial property is a barrier, or the conditions in a lease make tenant build-out plans prohibitively expensive.

Smaller businesses often cannot obtain a conventional loan to undertake the needed improvements to support improvement or expansion plans. CBP received feedback from property owners that prospective tenants rarely have the finances or expertise to build-out a commercial space— and the property owners do not have the capital to perform the work, nor can they charge a rent that would compensate them over time for their investment.

According to CBP, this creates a vicious cycle of perpetuating the lack of meaningful investment in their commercial districts. In the Fall of 2018, CBP commenced a work group that included their partners from the Baltimore Arts Realty Corporation, Baltimore Community Lending, Jubilee Baltimore, Latino Economic Development Corporation, and The Reinvestment Fund to help identify a financial assistance product that would foster small-scale commercial development in their commercial districts.

“Neil was great at identifying barriers for minority-owned businesses, and coming up with strategies to overcome those barriers,” said Janes. “That’s what the Neil Muldrow Business Development Fund is all about. It is not easy to start up a business, and it is very difficult to thrive in an area that has been neglected. Mr. Muldrow understood that.”

Muldrow retired from the Development Credit Fund in 2005, after serving for 22 years. During its existence, the Fund lent nearly $40 million for working capital, equipment and machinery.

“We want to keep Central Baltimore affordable, attractive, and a place where everyone can thrive,” said Janes. “Our mission is unique. We have a great model for other communities. They can learn from what we have done, and are trying to do. We are hopeful that The Neil Muldrow Business Development Fund will also follow this model and be something other communities can replicate.”

For more information about the Fund, email Jack Danna, Director of Commercial Revitalization at jdanna@centralbaltimore.org or call 410-702-5193.