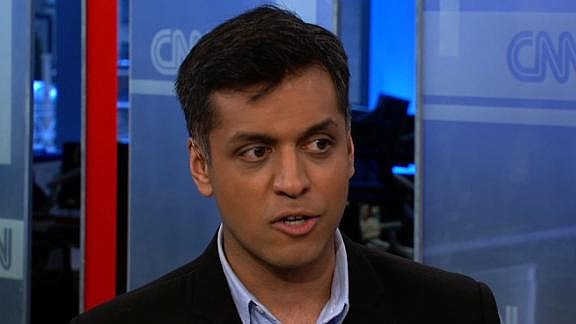 CNN — Among the many tragedies of the massacre at two New Zealand mosques on Friday is a bitter irony: The terrorist who killed at least 50 people in an Islamophobic attack resembled in many ways a member of ISIS. If his life had gone different in some way, he might well have ended up one and killed people somewhere else in its name. The type of extremism and hatred is of course different. But they have at least one thing in common: the internet as a tool of radicalization.

There is still much we don't know about the suspect and his background. But before anything at all was known about him, anyone who has studied or covered extremism and these kinds of attacks could have given you an educated guess about what kind of person he was: Male. Probably in his 20s. Decent chance of at least a minor criminal record. More than likely a history of hatred toward or violence against women. Oh, and one more thing — probably spent a fair amount of time on the internet.

People could easily become radicalized before social media. Many are still radicalized without it. But social media, often in combination with other factors, has proven itself an efficient radicalizer, in part because it allows for the easy formation of communities and in part because of its algorithms, used to convince people to stay just a little longer, watch one more video, click one more thing, generate a little more advertising revenue.

The recommendations that YouTube provides, for instance, have been shown to push users toward extreme content. Someone who comes to the site to watch a video about something in the news could quickly find themselves seeing a conspiracy theory clip instead, for instance. (In January, YouTube said it was taking steps to remedy this.) A few years ago, someone looking for information about Islam could soon find themselves listening to a radical preacher.

Combine those algorithms with men who are disaffected, who may feel that the world owes them more, and you have a recipe for creating extremism of any stripe.

"They're picking up an ideology that helps them justify their rage, their disappointment, and it's something available," Jessica Stern, a research professor at Boston University's Pardee School of Global Studies and the co-author of "ISIS: The State of Terror," told CNN Business Friday. "Terrorism runs in fads. We noticed that people were picking up the ISIS ideology who weren't even Muslim, they were converting to Islam. The ISIS ideology was an attractive way for some of these men to express their rage and disappointment. This is another ideology that is becoming very popular, it's another fad."

For all the largely much-deserved criticism they've gotten recently over all the things they've failed to act upon, the social networks did step up and take real and impressive action when faced with a deluge of ISIS supporters and content. The big tech companies could be taking similar action against white supremacists now.