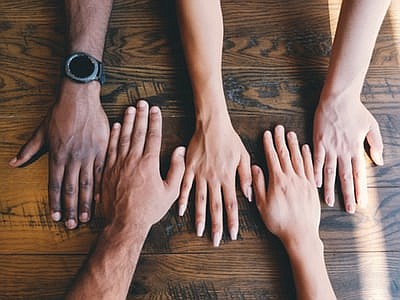 The Baltimore Times and the Times Community Services, Inc are inviting all to participate in the opening segment of a community conversation project that will tackle the more challenging issues facing Charm City.

A host of community leaders, social change experts, city officials, and others are expected to be a part of a three-part series with the first event titled “Baltimore’s Future: A Conversation on Baltimore’s Changing Neighborhoods” taking place on Saturday, December 7, 2019.

Details about participants, the venue, and exact times will follow in upcoming editions of the Baltimore Times, Annapolis Times, and the newspapers’ website www.baltimoretimes-online.com

The establishment of the community conversations is part of a grant funded by the Facebook Journalism Project Community Network Grant, in which recipients will use these grants to support projects aimed at building community and new paths to sustainability in local news.

Through the Community Conversations Project, The Baltimore Times will act as a convener, bringing together decision-makers, neighbors, and new leaders who will join forces to move forward as a team to help solve the city’s most pressing issues, according to Baltimore Times Publisher Joy Bramble.

“The focus is to create a project that bridges the gaps of key decision-makers in Baltimore. Also, it's for neighbors in Baltimore who are impacted by those decisions. Who is working on what key issues in the city? Who is collaborating? How do neighbors get involved and learn about projects and organizations?” Bramble stated.

The publisher noted that the city is changing, “We are now a city made of ‘life-longers’ with a growing number of transplants and new faces in the city,” she said.

“We have a large number of new and emerging leaders, many of whom are doing different things to make Baltimore a thriving city, but no true thread or knowledge available on all of the moving pockets and parts.”

The Baltimore Times can – and will attempt to – be the thread.

Among the many topics, the discussions will center on solutions to abandoned buildings, blight, and helping the underserved become homeowners.

The newspaper is seeking to work at bridging the gap through research, interviews, and local reporting, to help bridge what seems to be a disconnect among the groups. In this effort, it will help introduce people to one another, build community, and answer questions for those who want to collaborate and share their knowledge.

Since the 2015 uprisings, there has been a significant focus on social impact and social change, and many people and projects are partaking in this change.

The series will also focus on those individuals and projects and gage what might be done to achieve more immediate progress.

Please stay tuned for future announcements on participants and times and dates for the discussions.