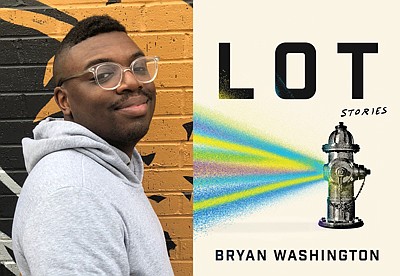 “Lot” is a collection of short stories set in various Houston communities, but primarily in the East End, where author Bryan Washington was raised. Don Farrall/ Getty Images

The award will be presented to Washington on January 30, 2020 at the Manship Theatre at the Shaw Center for the Arts in downtown Baton Rouge. The ceremony is free and open to the public, although reservations are requested at gainesaward@braf.org.

“Lot” is set in the city of Houston, particularly its East End. The narrator is a young man who often doesn’t feel at home in his hometown and keenly watches others as they desperately struggle or thrive.

Previous winners of the Ernest J. Gaines award include Jamel Brinkley for “A Lucky Man,” Crystal Wilkinson for “Birds of Opulence,” T. Geronimo Johnson for “Welcome to Braggsville,” Attica Locke for “The Cutting Season,” Stephanie Powell Watts for “We Are Taking Only What We Need” and Dinaw Mengestu for “How to Read the Air.”

Literary legend Ernest Gaines was a native of Louisiana’s Pointe Coupee Parish, which served as the backdrop in many of his novels. He received a

National Medal of Arts (2013), a MacArthur Foundation’s Genius Grant, and the National Humanities Medal among numerous other awards. He was a member of the French Ordre des Arts et des Lettres. His critically acclaimed novel “The Autobiography of Miss Jane Pittman” was adapted into a made-for-TV movie that won nine Emmy awards. His 1993 novel “A Lesson Before Dying” won the National Book Critics Circle Award.