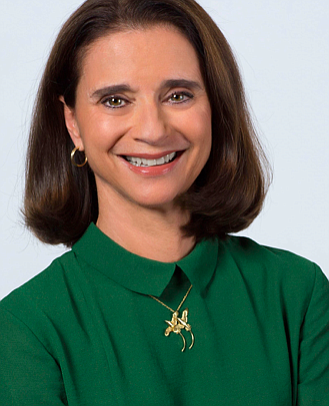 Baltimore is facing a full-blown economic crisis, along with this public health crisis. The necessary steps to stop COVID-19 – closing businesses, schools, and churches; canceling conventions and entertainment; shutting down parts of our public transit system – have a devastating impact on the local economy.

First and foremost, we have to save lives, and that means complying with the shutdown and all of our government’s directives to stay home and avoid contagion. We don’t know the duration or severity of this pandemic yet, but we are beginning to understand the economic ramifications.

In the past three weeks, 16 million people filed for unemployment insurance. We have never seen this kind of economic contraction unfold with such speed. With economists forecasting a global recession worse than that following the 2008 financial crisis, and the New York Times predicting that the unemployment rate will rise by nearly half a percentage point per day, the impact will be hard and painful. For Baltimore, that means thousands of lost jobs, with nearly 25,000 claims for unemployment payments filed in just the past three weeks.

The impact on individuals is just as devastating, with nearly one in four city residents already living in poverty and many more barely surviving paycheck to paycheck. The interruption in income is already being felt.

The federal government has begun dispersing a $2.2 trillion package of fiscal stimulus, including extended and higher unemployment benefits; direct cash payments to individuals and families; and aid to businesses, state, and local governments. Maryland should see over $2 billion from this package and Baltimore over $100 million in direct assistance. While critically important, these programs may not arrive fast enough to those in need of immediate relief.

Furthermore, many of our most vulnerable neighbors may not see some of these benefits. For example, little accommodation has been made for those without bank accounts and those with too little income to file tax returns that identify eligibility for direct cash payments.

City government should step in – as have many other cities and surrounding counties – with short-term help to bridge this period and serve all Baltimoreans, providing loans and grants to help businesses and non-profits survive this temporary disruption. Baltimore has a rainy day fund, the Budget Stabilization Reserve, and an investment fund, the Neighborhood Impact Investment Fund that can be tapped right now. And the city should undergo a robust public information campaign to ensure everyone knows how to access benefits. It might mean the difference between survival and failure for the employers that keep Baltimore working.

I helped lead our country’s stimulus operation during the recovery from the 2008 financial crisis. What I learned working through that crisis and through the economic recovery in the Obama Administration is the importance of being bold in your ideas, keeping it simple in execution, and, most important, meeting needs as quickly as possible. In a downturn like this, we’re racing against time. I’m prepared to lead our city’s recovery from this crisis on day one.

With strong emergency response and leadership, the pandemic’s health crisis may last a few months, albeit with the psychological impact lasting long after that. Without the right emergency response to the economic crisis, the damage will be deep and long-lasting, causing even further emotional and financial strain on our families.