Crack down on China, but do it wisely 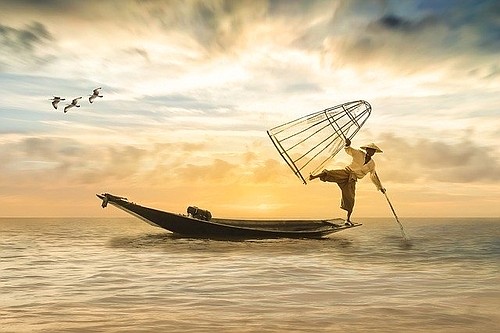 Crack down on China, but do it wisely Courtesy Photo

The Chinese Communist Party poses a dire threat to America and the rest of the free world. Party leadership actively covered up the initial coronavirus outbreak— and even persecuted doctors who tried to warn the public. China’s leaders hoarded masks and other medical supplies, which resulted in shortages of personal protective equip- ment in the United States.

This communist malfeasance has cost hundreds of thousands of lives. To prevent it from happening again, the Trump administration is trying to economically decouple from China. White House officials are considering “Buy American” measures that seek to re-shore medical supply chains.

President Trump and his aides unquestionably have the right instincts. However, countermeasures must be based on facts, not fear mongering. Otherwise, we risk over- reacting. To paraphrase our commander in chief, we can’t let the cure be worse than the disease.

Some China hawks claim the communist dictatorship has a “chokehold” on essential drugs, with 80 percent of the active pharmaceutical ingredients that make up Ameri- cans’ medicines supposedly coming from China.

Those claims have been widely debunked. Only 13 percent of facilities making our active pharmaceutical ingredients come from China. Of the 370 drugs deemed “essen- tial” by public health experts, only three rely on ingredients sourced entirely from China.

Simply put, America relies on China for some medicines but our supply chain isn’t wholly dependent on the Middle Kingdom. There is no need to overreact with hasty, ill-planned measures.

In fact, America produces most of its own medical supplies at home. U.S. suppliers satisfy 70 percent of domestic demand for medical equipment.

That’s especially true now that companies are churning out PPE, which has been in unprecedented demand worldwide. We’ve seen the success of the private-public part- nerships set up by the Trump administration. Stalwarts of American industry, like GE and Ford, helped achieve the president’s goal of 100,000 ventilators in 100 days— the highest production in history.

Decoupling from China is still a worthy goal. But we can do so via well-planned industrial policies, rather than rushed mandates.

Congress and the administration could start by incentivizing companies to build manufacturing facilities in America. Getting a FDA-approved factory up and running is no small feat — it often requires up to $2 billion and 10 years to complete.

Tax credits or a lower corporate tax rate could sway firms to make investments here, rather than abroad. When it comes to tax support for R&D expenditures, America ranks near the back of the pack.More investments in workforce training would also help. China produces over twice as many STEM graduates per capita as the United States. If we’re serious about dominat- ing hi-tech manufacturing, we’ll need to pour resources into education and job training.

There’s no question that China poses a threat to our public health and national secu- rity. And it’s smart to decouple our economies.

But we can do that without disrupting medical supply chains. Poorly targeted “Buy American” orders, which force companies and government agencies to purchase domesti- cally, would alienate friendly nations like Germany, Switzerland and Canada. If those countries retaliated, it could lead to shortages and higher prices for American consumers.

The best way to beat China is a steady, well-planned push to “invest American,” and build up an innovative manufacturing sector that puts the communists to shame.

Stacy Washington is a decorated Air Force Veteran, an Emmy nominated TV person- ality, and the host of the nationally syndicated radio program “Stacy on the Right.”