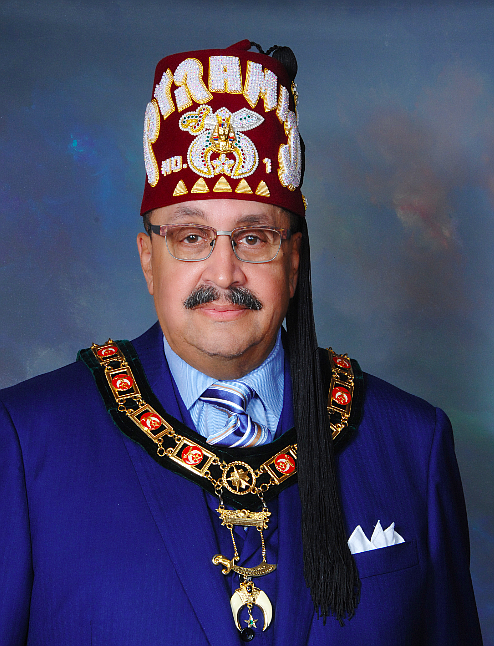 “The tenor of these times,” Chapman writes in a letter to all Temples and Courts, “continues to validate that we as people are still plagued by the scars of slavery.” He goes on to call for “condemning and marching against the abuse of human and civil rights using official force to keep us controlled and contained.”

Chapman urges those who share his concerns to participate in an upcoming march in Washington, D.C. scheduled for August 28, 2020 that will gather at noon at 22nd Street and Constitution Avenue and proceed to the Lincoln Memorial. He also urges participants to wear face masks, use hand sanitizer and “march for everyone and George Floyd too.”

“Leadership is demanded now if we are to ensure a future for our young,” Chapman continues. “It’s urgent times and we’ve already lost two generations while a third falters.”

Chapman, a graduate of Cheyney and Temple Universities, began his relationship with the Masonic order in 1969, when he joined Star in the East Lodge #55 of the Most Worshipful Prince Hall Grand Lodge of Pennsylvania. After serving as Worshipful master twice, Chapman served as president of its Past Master Council for several years. In 1993 Chapman was elected to the office of Illustrious Potentate of Philadelphia’s Pyramid No. 1, the Shrine’s oldest and largest temple.

Chapman began his long professional career in the chemical industry, but soon transitioned to the field of education when he was hired by the City of Philadelphia to work with troubled youth. He became a teacher in the school system in 1972, going on serve as a principal for four senior high schools and two K-8 schools. In 2003 he became the first person to serve simultaneously as the principal for two high schools – Benjamin Franklin and Overbrook.

Widely known for his reputation as a tough, no-nonsense school administrator Chapman says he felt genuine love and compassion for the students he worked with, often finding ways for those who couldn’t afford it to attend their proms free of charge.

Chapman concluded his career with the Philadelphia public school system when in retired in 2005, after serving as executive assistant on the central staff office of Dr. Creg Williams, deputy chief academic officer.


“I absolutely did not plan anything I have achieved in life,” Chapman reflected, acknowledging that his many accomplishments have been more a result of having the right friends, mentors and supporters in the right place at the right time.

In addition to his long and successful career in education, Chapman became involved in construction and construction management by serving as a managing partner and COO of TP McSween Painting Contractors, the largest minority union paint contractor in the Philadelphia area during the 1990s.

Chapman says he is grateful for the “grace and mercy God gives me every day. My goal is always to advance to the next level— not different, but better.”