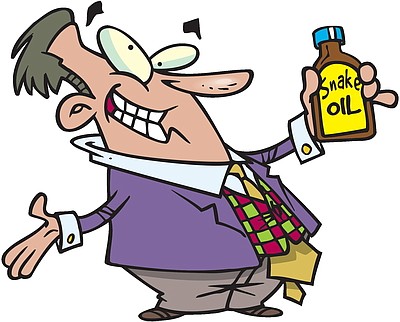 Education in the Age of Snake Oil, Part I Courtesy photo

At every step, the United States has fumbled its response to the nation’s deadliest infectious disease outbreak in a hundred years. Since Covid19’s sudden arrival, a jaw dropping series of mis- steps, miscalculations and missed oppor- tunities have directly contributed to the pain, fear, and suffering of millions. As the traditional start of the school year approaches, the caretakers of our children’s education are in danger of following the same kinds of disjointed, poorly planned, sometimes desperate attempts to keep the economy off life support and control the virus’s spread.

As Americans began to understand the seriousness of COVID 19, most ex- pected the Federal Government to implement a First World response. People believed, or at least hoped the country would quickly harness science and tech- nology to stem outbreaks and crush the disease. Instead, the government’s re- sponse has been decidedly Third World.

With alarming frequency science-based recommendations have been disregarded, replaced by cheap, fast and even life threatening solutions.

We became the laughingstock of the world when President Trump offered his own lethal cyber-prescription for fighting corona. After Trump tweeted that drinking Clorox would kill corona virus germs, some were people gullible enough to follow this murderous advice. The Centers for Disease Control (CDC) had to issue public warnings telling people not to swallow bleach.

Is there any doubt we are living in a time when pseudo-science is given the same value as sound medical advice? Welcome to the Age of Snake Oil.

Now, Baltimore is already struggling public school system has the daunting task of developing a plan to safely restart instruction. The three options are distance learning, classroom instruction, and a hybrid of the first two models. The gravity of these deliberations cannot be overstated.

Ideal school leadership will need a skill set that includes the Wisdom of Solomon, a steadfast refusal to let political pressure dictate mandates, and the expertise to wrap science and technology around sound policymaking. For now, Baltimore City’s Board of

Schools Commissioners has decided not to reopen classrooms. Virtual learning is scheduled to begin September 8, 2020. Although, it is generally agreed class- room instruction is the most effective way to educate students, the health of students, their families, teachers and staff comes first. The Commissioners continue to develop a long term, safety- driven plan that meets both the academic, mental health, and social service needs of its pupils.

Access to science-based studies is essential to making well-informed, health-related decisions. However, scientific documentation does come with a caveat. When research and professional organizations like the CDC or the American Pediatric Association (APA) call for reopening public schools, it is helpful to be aware of factors that may lend sup- port for their recommendation.

It may be a best practice to rely on science, but policymakers should always know the demographics of the population studied. For example, does APA’s research indicate children do not get as sick when exposed to the virus, apply to kids in a broad spectrum of school settings? If the test group is limited, their endorsement may only be valid for a narrow group of students. Perhaps the low rate of illness only applies to children who live in wealthier, healthier jurisdictions.

It is widely accepted that students attending poor, overcrowded urban schools have higher rates of respiratory ailments, such as asthma. The increase rate of pre-existing disease makes it far riskier to reopen classrooms in Balti- more City than in a less crowded suburb.

The importance of doing a deep dive into the data and carefully examining the science supporting public health recommendations cannot be overstated: intially the Superintendent proposed reopening classrooms and decreasing the CDC’s widely accepted social distancing guidelines from six to four feet. The given reason for reduced social distanc- ing was Baltimore’s public schools lacked the classroom space “to accommodate a greater number of students in person in school buildings.”

This idea was so unacceptable it was quickly and quietly abandoned. The proposal is a lesson in how tempting it can be to put science aside to accommodate an ongoing problem like overcrowding. Relaxing the CDC’s social distancing recommendation is looking to snake oil to solve a problem resistant to earlier in- terventions. By concocting a questionable, but expedient solution, the remedy ignores sound medical advice for a strategy that could spread sickness and death.

I believe no nefarious intent was behind the Superintendent’s flawed solution to overcrowding. It was a judgment shining a light on the proverbial elephant in the room. Baltimore’s public schools have suffered from a “pandemic of poverty” for years. Beyond overcrowding, there are aging; poorly ventilated school build- ings; low standardize test scores; declinng graduation rates; increased demand for school-based social services; and decreased operating budgets.

What shall become of our public schools? Can the City’s cash poor education system survive an infectious disease crisis? Without question the schools will require a much bigger budget to meet the academic and mental health needs of its highly vulnerable population.

Then there is this troubling, existential question: now that classrooms will continue to be closed, who is keeping track of students who depend on school-based social services for sustenance, shelter and safe-keeping? Can meaning learning thrive in a digital desert, or will the lack of reliable, affordable broadband put Baltimore City children further behind?

Jayne Hopson is a former educational advocate for students with dyslexia. Education matters because in the words of former slave, Greek philosopher Epictetus— only the educated are free.