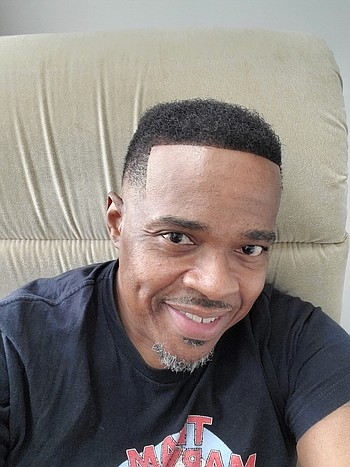 Statistics have revealed that minorities comprise about 60 percent of those currently on the United States organ transplant list, yet, in 2019, only 32 percent or of donors were from those communities.

Health officials note that, while donors and recipients are not matched based on race or ethnicity, the chances of finding a match and having a successful transplant are increased when both are closely matched in terms of shared genetic background. They say this underscores why it’s crucial to close this gap.

Desert Storm Veteran and Maryland Resident Daronta Briggs and The United Network for Organ Sharing (UNOS) have an essential message for communities of color, which they hope to resonate particularly during August, which is designated as National Minority Donor Awareness Month.

“Organ tissue donation is so important for minorities. It’s important to promote the idea of those become organ donors so that they can help those in need,” said Briggs, who was diagnosed in 2008 with end-stage renal disease.

Briggs received a kidney transplant in October 2012 and he says he “feels like new money now.”

UNOS officials noted that Briggs was one of 28 individuals in 2012 to receive a kidney transplant at the Walter Reed Medical Center in Bethesda. That year, 16,487 such operations occurred in America.

According to the National Kidney Foundation, African Americans represent 13.2 percent of the overall U.S. population, but more than 35 percent of all patients receiving dialysis for kidney failure.

Sixty percent of those currently on the U.S. transplant waiting list are minorities, with more than 32,000 being African American.

“You have to have a positive mindset and understand what it means to be an organ tissue donor,” Briggs said. “It makes a difference in someone’s life and allows them to have a second chance. I’m a big advocate of UNOS and my own nonprofit called the Veterans Transplantation Association.”

Briggs started his nonprofit four years ago and had implemented a mentorship program for veterans currently on dialysis.

"I want to give back to my community, and this is how I feel I should,” he said.

Born in Hampton, Virginia, Briggs served in the U.S. military during the Persian Gulf War in the early 1990s. It was during his out-processing that he began to realize a health problem.

“I had protein in my urine, some kidney issues, and I had hypertension,” Briggs said.

However, it wasn’t until nearly two decades later when he realized how much his health had declined.

“I was told I needed to start dialysis, and it was a shock because of all of the uncertainty, and when you hear the words’ end-stage renal and dialysis,’ it was unsettling,” he said.

At the time of his diagnosis, Briggs had worked in the Virginia Department of Corrections, and he was married with four daughters.

He was also told it would take at least six years to get a new kidney. In 2010, he learned of a special program for veterans at the Walter Reed Medical Center that allowed his transplant to occur after just a two year wait.

“I became motivated and, during dialysis, which happened three days a week from 8 a.m. to noon, I’d stay awake and read, and I even wrote a book,” Briggs said. “I wanted to be aware of my surrounding and prepared. I wanted to be able to use this experience to help others.

“With medicine now, and despite the side effects, I have a better quality of life, and I’m able to do the things that I wanted to do before but couldn’t because I was on dialysis.

“I want to be able to share my story with others and help others. I’m a minority, and I want other minorities to understand that they can do this. They can donate organ tissue, and they can be recipients.”

For more information about organ donation and transplants, visit: www.unos.org