It’s Time To Rein In The Administrative State 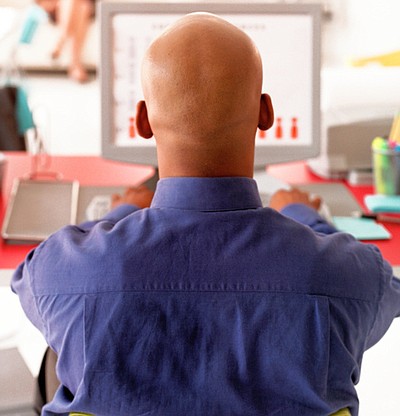 It’s Time To Rein In The Administrative State Courtesy Photo

Unelected officials, while helpful and necessary, shouldn’t be given authority to govern. Yet, for a long time, our nation has been progressively handing over power to the administrative state and, during the pandemic, it seems we’ve given it over completely. Overlapping mandates from the federal government and state, county and city governments have left citizens with little certainty and, in our collective panic, we’ve relented control over our lives. But in our efforts to let the experts make the right calls for us, we’ve hurt ourselves.

The recent dustup over school reopening between Maryland Governor Larry Hogan and a local health officer is the perfect example.

On August 1, 2020 the (unelected) County Health Officer for Montgomery County, Dr. Travis Gayles, announced that all non-public schools in the county were to remain closed for in-person instruction through October 1, 2020, saying that “the data does not suggest that in-person instruction is safe for students or teachers,” and that it is “necessary to protect the health and safety of Montgomery County residents.” That same day, Governor Larry Hogan responded via Twitter that the schools “should be empowered to do what’s best for their community.” Days later, Gov. Hogan issued an order countermanding Dr. Gayles’ statement, stressing that “private and parochial schools deserve the same opportunity and flexibility to make reopening decisions based on public health guidelines.”

He added that, “the blanket closure mandate imposed by Montgomery County was overly broad and inconsistent with the powers intended to be delegated to the county health officer.”

In response, and citing particular sections of the Maryland state code to back up his powers, Dr. Gayles reissued his original order, keeping schools closed. It was only on the seventh that Montgomery County backed down after new policies from the state department of health were released. And even now, the reopening issue is caught up in litigation.

This incident isn’t really about education policy or school reopening. It’s not even about the coronavirus. Ultimately, it’s about the administrative state taking another step forward in its encroachment on the sphere of elected officials. It’s about the government an entity that never lets a good crisis go to waste taking advantage of the pandemic to expand already over broad powers.

During a global pandemic that has claimed hundreds of thousands of lives, a level of caution and concern over schools reopening is of course warranted. But we should be careful not to sacrifice our democracy in the name of safety. This isn’t ancient Rome, and we don’t let single people take absolute power, even in a crisis. Our elected officials are supposed to be just that elected.

The administrative state the collection of bureaucrats and agents, elected by no one, operating under nebulously defined mandates that are twisted and manipulated to grant them more power naturally expands, especially in this hyper polarized age. Our elected officials, hesitant to make decisions that will make them unpopular to their constituents, often hand off the decisions to bureaucrats, who regulate, rule make, and basically govern in their stead. This is true on a grand scale in federal agencies and the executive branch, but it’s also true on the smaller scale for school boards and county governments.

The result of this abandonment of authority is an inflexible government, unresponsive to the interests of its constituents an entrenched apparatus of administrators and managers, writing regulations and enacting decrees at a whim. Doctor Gayle is probably not scheming to take more power for himself. I’ve no doubt he has nothing but the best interests of everyone in Montgomery County in mind. Surely, he is just doing his job. But the fact remains: The one who makes these decisions in Montgomery County (who gets to decide how citizens act, how we can associate with each other) is unelected and therefore unaccountable. He is ultimately just a bureaucrat.

This isn’t staking out a position on school reopening. It isn’t even against the existence of the county health officer. We should have experts involved in decision making processes, but as advisors to elected officials not as the decision makers themselves.

Sam Rutzick is a contributor to Young Voices and a graduate of Columbia University.