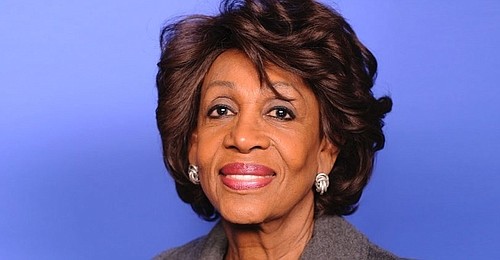 LOS ANGELES – Congresswoman Maxine Waters (CA-43), Chair of the House Financial Services Committee (FSC), issued a statement today applauding the players of six NBA teams for deciding to sit out yesterday’s three playoff games following the shooting of Jacob Blake, the Kenosha Wisconsin father who was shot seven times in the back in front of his children by a Kenosha police officer.

“I commend the players of the Milwaukee Bucks, Orlando Magic, Los Angeles Lakers, Portland Trailblazers, Oklahoma City Thunder and Houston Rockets for expressing their outrage, frustration and disgust at the violence which continues to be perpetrated by the police upon unarmed African Americans.

“These incidents, fueled by white supremacy and racism, have been happening for generations, only to be swept under the rug. It is only through the spotlight being shone upon them by high profile public figures, the tireless work of civil rights advocates, Black elected officials and the increased presence of cell phone video that our country is finally realizing how commonplace it is for Black people to fall victim to police violence.

“I am especially proud of individuals such as former NBA athlete, now sports analyst, Marques Johnson and Los Angeles Clippers coach ‘Doc’ Rivers who have decided that ‘enough is enough’ and are willing to show America how painful this injustice has been for its Black citizens by expressing their honest emotions of anguish and frustration. I also commend the players of the WNBA’s Washington Mystics, Atlanta Dream, Los Angeles Sparks, Minnesota Lynx, Connecticut Sun and Phoenix Mercury for joining this boycott and not playing their games last night.

“The women athletes of the WNBA have long inspired us by their willingness to stand up to injustice day in and day out. I am hopeful that despite the great challenges we face, 2020 can be a watershed moment for America to finally and truly come to grips with its deeply rooted personal and institutional racism.

“Without shame, Mitch McConnell has buried the George Floyd Justice in Policing Act in his legislative graveyard while Black families bury their loved ones who should still be with us. Instead of banning no-knock warrants and chokeholds that could have prevented the deaths of Breonna Taylor, George Floyd and many others, Republicans would rather conduct studies and request data. To them I say: the data is the blood on the street. We don’t need data to validate what we experience. We need action and we need it now.”