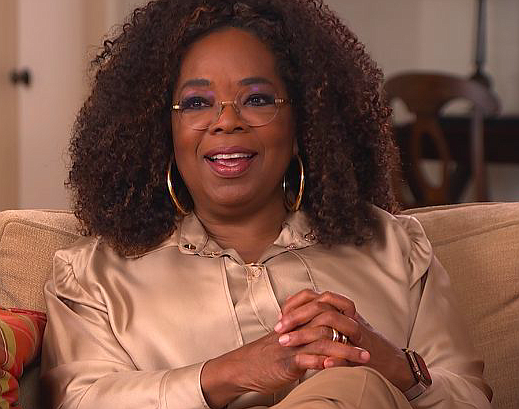 LOS ANGELES – Continuing conversations surrounding issues impacting Black lives, “OWN Spotlight: Culture Connection & August 28th, Ava DuVernay & Rev. Sharpton,” which originally aired Friday, August 28 at 1 p.m., 4 p.m. and 6 p.m. ET/PT on OWN, will stream for free on the Watch OWN app and the OWN Facebook and Youtube pages.

The special features Oprah Winfrey as she speaks separately with both acclaimed director Ava DuVernay and Rev. Al Sharpton regarding the historical context of August 28th and the significance of the upcoming election, along with a special presentation of DuVernay’s short film “August 28: A Day in the Life of a People.”

During the special, Winfrey speaks with DuVernay about the work she is doing in support of social justice, how she uses history to inform her activism, and how imperative it is for everyone to vote in the upcoming election. Winfrey later discusses with Rev. Al Sharpton the connection of the ‘Get Off Our Necks’ Commitment March which took place on the same day as the historic March on Washington 57 years ago. Rev. Sharpton shares ways that everyone can show their support in this moment, reiterating his intention for the march is not about numbers but long-term impact.

DuVernay uses a robust combination of both documentary and narrative techniques to transport viewers through six stunning historical moments that all actually occurred on the same day – August 28th – in various years. Written, produced and directed by DuVernay, “August 28” traverses a century of black progress, protest, passion and perseverance of African American people.

The project gives historical perspective within the creative framework of one date that has had a profound effect on America including: the passing of The Slavery Abolition Act on August 28, 1833, the lynching of Emmett Till on August 28, 1955, the first radio airplay from Motown Records on August 28, 1961 with The Marvelettes “Please Mr Postman,” Dr. Martin Luther King Jr.’s “I Have A Dream” speech during the massive March on Washington on August 28, 1963, Hurricane Katrina making its tragic landfall on August 28, 2005 and then-Senator Barack Obama’s acceptance of the Democratic nomination for the presidency on August 28, 2008.

This special is part of OWN’s overall OWN YOUR VOTE initiative, a bipartisan registration and get-out-the-vote campaign partnering with national and local grassroots and voting rights organizations to provide tools and resources that will empower Black women to vote this November. Black women powerfully influence election outcomes, and OWN YOUR VOTE supports this group of voters to show up to the polls and help friends, family, and their community to do the same. Winfrey recently shared that OWN will grant November 3rd as a company holiday to ensure all employees have the time to vote and volunteer. “I challenge other companies to do the same because this might be the most important election of our lives,” Winfrey said in her social post.

“OWN Spotlight: Culture Connection & August 28th, Ava DuVernay & Rev. Sharpton” is produced by OWN. The executive producers are Oprah Winfrey and Tara Montgomery.