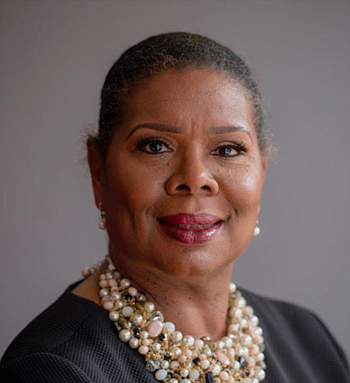 Baltimore— The Reginald F. Lewis Museum of Maryland African American History & Culture is pleased to announce the appointment of Terri Lee Freeman, former President of the National Civil Rights Museum. She will join the Museum in February 2021 as the new Executive Director. Freeman is a national leader who brings an entire career in philanthropy, focused on fundraising and building strategic alliances.

Freeman returns to Maryland after her six-year tenure at the National Civil Rights Museum where she placed her emphasis on building the organization’s reputation as the new public square, a place where people from across the globe would gather to discuss and protest difficult issues, celebrate triumphs of the movement and honor Dr. King and his legacy. While stewarding the integrity of the museum’s historic content, Freeman expanded the public programming to increasingly focus on contemporary civil and human rights issues such as criminal justice, education, and basic human rights for marginalized populations.

A significant achievement was the museum’s 18-month commemoration of the assassination of Dr. Martin Luther King Jr. culminating on April 4, 2018, the multi-day international MLK50 event included those who marched and worked with Dr. King as well as the new movement makers who are creating change today.

In furthering the goal of providing a safe space for difficult conversations, Freeman created “Unpacking Racism for Action,” a seven-month long dialogue program to go deep into issues of implicit bias and structural racism. Through her collaborative approach to the work, she has significantly increased public engagement with the Museum.

“We launched a nationwide search to find someone with the depth of knowledge that Terri brings to the table,” said Board Chair Drew Hawkins. “Her longstanding passion for bridging communities, and her clear understanding of the Museum’s history, as well as our vision for the future, makes Terri a great leader for the Lewis Museum.

Prior to joining the National Civil Rights Museum, Freeman served as the president of the Community Foundation for the National Capital Region, the largest funder of nonprofit organizations in the Washington, D.C., metropolitan area. In that position, she distinguished herself for her community building, her role in creating community consensus, her leadership on critical issues to improve quality of life, and her record of increasing the Community Foundation’s assets from $52 million to more than $350 million.

A graduate of the 2016 class of Leadership Memphis, Freeman currently serves as chair of the board of the Community Foundation for Greater Memphis, and is a member of the boards of the Greater Memphis Chamber of Commerce, the Memphis Brand Initiative, the Orpheum Theatre Group, Urban Teachers and the Southeastern Council of Foundations. In 2019, she was named a Superwoman of Business and a member of the Power 100 by the Memphis Business Journal and most recently, she was named 2020 Memphian of the Year by Memphis Magazine.