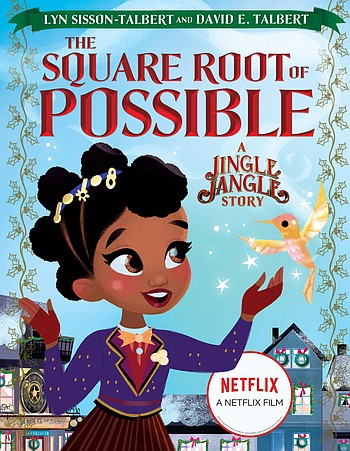 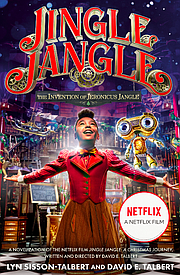 Netflix’ Jingle Jangle: A Christmas Journey, the tale of the brilliant, iconoclastic toy inventor Jeronicus Jangle (the younger played by Justin Cornwell, the older by Forest Whitaker) and his blerdy family, is one of the few incredibly delightful things about the year 2020. A Netflix original holiday movie and instant classic, it also stars Anika Noni Rose, Keegan-Michael Key, and Phylicia Rashad. Even better, that film now has two book tie ins, written by its producer, the Las Vegas born and raised Lyn Sisson-Talbert.

An elegantly boisterous musical set during the Christmas season, the central character of Jingle Jangle is an inventor who because of the betrayal of a friend and the loss of someone important to him, has lost his sense of wonder and overall joy for life.

Sisson-Talbert who regularly collaborates with her husband, playwright, screenwriter, and director David Talbert, told The Baltimore Times that the two children’s books, the novel Jingle Jangle: The Invention of Jeronicus Jangle for readers ages eight through twelve, and the beautifully illustrated picture book, The Square Root of Possible: A Jingle Jangle Story, for younger readers, gave her a chance to connect with her own inner child. “There is a little kid in me that’s feeding from all this.”

She added, after some thought, “It also reminds me of my dad who passed away a few years ago; the encouragement he would give me.”

Writing is a recent passion for Sisson-Talbert, whose career has been spent mainly behind the scenes as a producer in theater, film and television. Her credits include Baggage Claim and Almost Christmas.

Jingle Jangle, Sisson-Talbert explains, was originally meant for another medium. “Originally, David originally wrote it as a Broadway musical.” After two decades of trying in vain to get it produced for the stage, they decided in 2014 to make it a vehicle for the screen.

A serendipitous encounter with Hidden Figures director Theodore Melfi, in the Los Angeles offices of Netflix put them on course to have Jingle Jangle produced by the streaming behemoth. They said, ‘We’re with you for big ideas.’ David was like, ‘Well, I have a big idea!’”

Sisson-Talbert says she wanted the book to stay very close to the narrative as laid out in the screen version. “It’s always tough when you read the book then see the movie and you’re dissatisfied. I didn’t want there to be a disconnect. I wanted the books to be a celebration of the film.”

First and foremost, Sisson-Talbert emphasized, she wanted to approach writing the books with a sense of wonder. “That little girl in me who always wanted to see stories like this is still there and I was tapping into that.”

The Square Root of Possible is magnificently illustrated by Tara Nicole Whitaker, who also illustrated actress Vanessa Williams’ children’s book Bubble Kisses. Sisson-Talbert felt Whitaker was the perfect choice for the sense of instantaneous magic she wanted to create. “Her eyes tend to be very detailed and I wanted to show that emotion in Jeronicus’ eyes. I wanted the illustrations to symbolize the square root of possible.”

The story also has some intriguing easter eggs. “Some of the buildings are named after unsung African Americans like my father, who was the first licensed optometrist in the state of Nevada. So in the book we have a building named Sisson Arms.”

Black science and math lovers of all genders are the central figures in Jingle Jangle, making it ground- breaking beyond the diverse cast. “We wanted to showcase STEM education in a fun magical way. My mother was a nurse, my nephew is an engineer. I grew up around the sciences.”

Though the process of doing the film and writing the books were exhilarating, it was also so overwhelming at times that Sisson-Talbert says she was reduced to tears. She used the music from the story (some written by John Legend) to keep pushing, and hopes others do the same. “I want everybody to figure out their formula and find their own square root of possible for their own lives and whatever issues they are dealing with.” 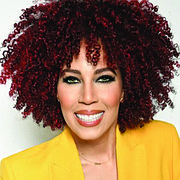 Producer Sisson-Talbert, who regularly collaborates with her husband, playwright, screenwriter and director David E. Talbert , told The Baltimore Times that the two children’s books, the novel “Jingle Jangle: The Invention of Jeronicus Jangle” for readers ages eight through twelve, and the beautifully illustrated picture book, “The Square Root of Possible: A Jingle Jangle Story,” for younger readers, gave her a chance to connect with her own inner child. 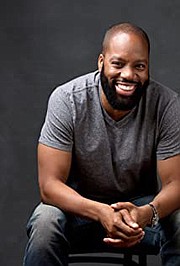