Trump is sabotaging our country 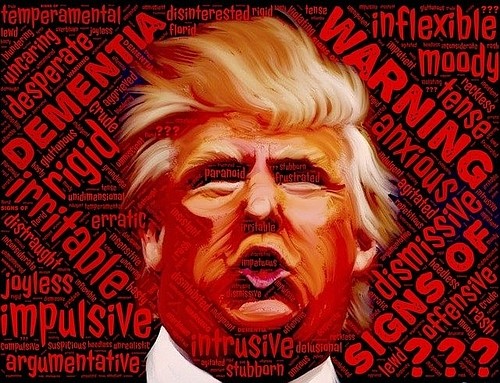 Vindictive Trump attacked our country for not reelecting him. Trump lost his cases in the courts, and then the corrupt President tried to circumvent the will of the people by coercing Republican lawmakers in swing states to overturn the election and appoint pro-Trump electors to the Electoral College.

He has placed his self interest above the country’s interests, and he is sabotaging Biden’s incoming administration. Trump is trying to turn the civilian leadership in the Pentagon into a politicized organi- zation by infiltrating highly political unqualified personnel, including former campaign staff, and this weakens our military posture.

By delaying Biden’s transition team’s access to our government agencies, including intelligence agencies, Trump jeopardized our security in the world. Our adversaries, including Russia, China, North Korea and Iran were pleased with Trump’s weakening of our deterrent capabilities. Internally, Trump has done a terrible job combatting the coronavirus pandemic, and he is responsible for increasing hospitalizations and deaths. Trump is disrupting our economy by ending some key Federal Reserve loan programs on December 31, 2020.

Trump’s drawdown of troops in Afghanistan and Iraq is designed to cause havoc within the Biden administration, and place the President-Elect in the position of having to send troops back into war torn countries. This will put more troops in harms way, as they try to re-stabilize the countries and prevent terrorists from establishing bases. Trump is causing some environmental havoc by opening up the Arctic Refuge to drilling for oil.

The outgoing corrupt and vindictive president is sabotaging the incoming administration and weakening our democracy, and he is promoting a radical following in the United States. Trump’s comments and actions are consistent with that of current and former dictators. Given it’s the eleventh hour in his Presidency, why is he loading up the civilian hierarchy in the Pentagon with his devout sympathizers? Is he hoping to not relinquish the Presidency with the backing of his civilian henchmen in the Pentagon?