Before Blacks Could Visit Ocean City, There Were Carr’s Beach and Sparrow’s Beach 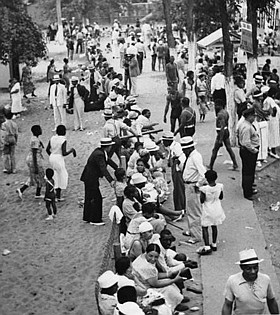 During the Jim Crow era post 1940, a large number of recreational water locales, including the popular Ocean City, Maryland and Virginia Beach, Virginia were off limits to African-American vacationers.

Segregation-era laws in Southern states jetted its ugly heads just south of the Mason-Dixon Line and legally prohibited blacks from enjoying the fruits of summertime fun in the sun— even in Central Maryland near Baltimore. 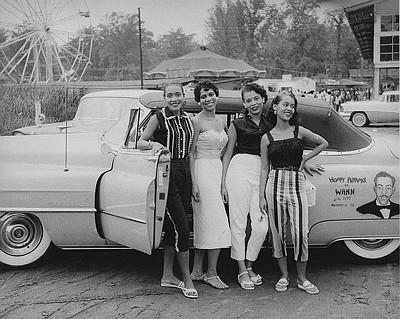 To counteract such despicable acts, African-American entrepreneurs often created businesses that solely catered to a black clientele or a black patronage.

In an effort to provide blacks with opportunities to enjoy summertime fun in Maryland, two sisters— Elizabeth Carr Smith and Florence Carr Sparrow, who were bold, visionaries developed the beachfront property originally owned by their parents and former slaves, Frederick Carr and Mary Wells Carr.

According to published reports, the couple purchased 180 acres of farmland on the Annapolis Neck Peninsula, off the Chesapeake Bay and the Severn River. Even though they were farmers, the family hosted family picnics and church outings, and invited boarders to participate in summer outings on their water front property.

This photo taken around 1937, depicts men relaxing in the shade while their children and wives bathed in warm beach water.

By 1926, the family officially named the water location Carr’s Beach and a nearby ocean-side property was named Sparrow’s Beach.

By the late 1940s, Carr’s Beach had earned a growing reputation as one of the most popular beach spots on the East Coast. Black vacationers from as far west as Ohio and West Virginia, found themselves frolicking with revelers from New York State, Pennsylvania and of course nearby Baltimore and Washington, D.C.

While the weekdays attracted family-life picnics, Sunday School and church picnics, on weekends, some of the premier black entertainers from the

Two Baltimore area gentlemen, Mike Lee and Robert Ford, were youngsters at a time when their parents would drive them from West Baltimore to partake in picnics and overall good summer fun, near the Annapolis beaches.

Mike Lee, 68, recalls being in elementary school when he first visited Carr’s Beach. 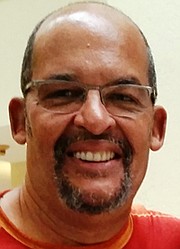 Mike Lee of Baltimore reflects on life at "the Beach" when he was a youngster.

“I was aware that we weren’t welcome to places like Ocean City,” said Lee. “So Carr’s and Sparrow beaches offered us a safe haven, a place where we could do what we wanted to do, and not have anyone looking over us, like law enforcement.”

activities below the Mason-Dixon Line, we were faced with Jim Crowism and segregation [and] we could not go everywhere, including Ocean City,” said Ford. “To this day, I have never gone to Ocean City. It’s just something about not being allowed to go back then, I guess that’s lingered with me even now.”