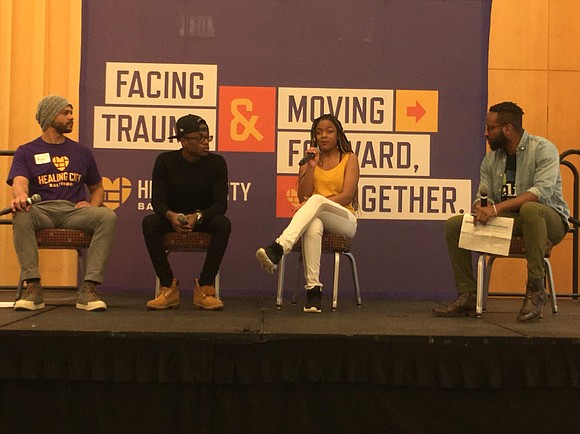 Loneliness, depression, and suicide were some of the words shouted from the audience of children and teenagers when asked to define trauma at the Healing City Baltimore Symposium. The symposium, which was held at the University Student Center at Morgan State University on Friday, February 7, 2020 brought together 12 high schools, three middle schools, and a host of vendors, and spectators. 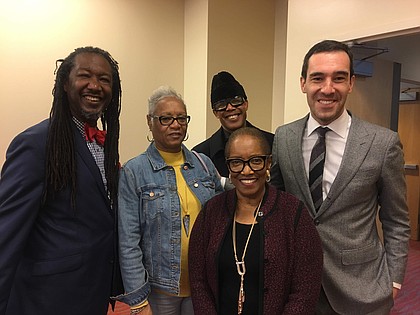 “I stand here with you today ready to do my part, to build on this movement, to fulfill Elijah’s vision, and to make Baltimore the healing city that our children and families need and deserve,” said Mayor Young at the signing ceremony.

“Together we will make sure that our children and their families have a chance to heal from the trauma they’ve already faced, overcome them, and move forward with healthy, promising futures.”

Following the late Congressman Elijah Cummings’ vision and inspired by the resilience of the youth, District 1 Councilman Zeke Cohen carried the torch that Cummings left behind.

“This work started with Congressman Elijah Cummings. He was a champion for children and elevated this issue of childhood trauma to the national stage,” says Cohen.

“There was nothing I could do but to amend this bill and rename it the Elijah Cummings Healing City Act.”

The new act is a citywide initiative that will provide services such as: counseling, employment assistance, and housing, to the youth and families who have experienced or are currently dealing with a traumatic event. In addition, the staff working to provide such services will be fully trained to be trauma responsive, meaning they understand the severity of trauma, are able to recognize its effects, and will provide the best resources and services.

The youth who participated at the symposium shared their traumatic experiences with the 300 students, whose ages ranged from 12 to 17 years old, teachers, social workers, and supporters that were in attendance.

“I feel excited and hopeful,” said Anna McPhatter, Professor and Founding Dean of Morgan State University, School of Social Work. She continued, “Our youth are coming to our face and telling us the things that they are experiencing, that is influencing their ability to grow up and have meaningful lives, and they are asking us as the grown-ups in the room to listen.”

Coppin State University student BrianHa McMillion, 21, wrote and shared her story of how she wanted to commit suicide as a child. It was her first time sharing her story with anyone, and as she spoke to the crowd, tears ran down her face.

She was bullied by her classmates beginning in fifth grade, and didn’t know how to discuss the mental and verbal abuse that she suffered with her mother. Like most young people in her situation do, she normalized the behavior.

“I would like students to know that they are not alone. I want them to know that other people have been in their position, with depression and the suicidal mindset and they were able to move on and live their lives,” said McMillion.

“This is a storm, but it will not last forever. This too shall pass.” 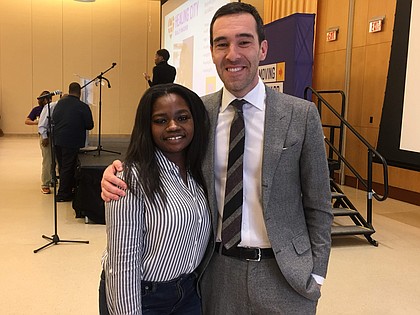 “I’ve been inspired by young people who came to City Hall, and told us that we needed to focus on reducing, preventing, and responding to trauma,” said the council member.

Healing City Baltimore is an organization that focuses on recognizing and addressing trauma within the youth and their families in Baltimore City. Councilman Cohen, along with other councilmembers, city employees, students, and community members all work together to carry out the vision and mission of the organization. Ultimately, the organization focuses on healing the city of Baltimore from “trauma, violence, and racial inequity” so that its residents can live happier, healthier lives.