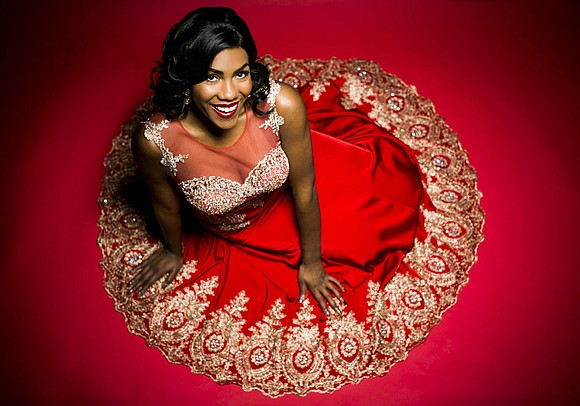 From the basketball court to the opera stage, J’Nai Bridges is bringing her vibrant voice to The Kennedy Center. The rising star that once appeared to be destined for a career in pro basketball, counts among the few African Americans who have excelled in the opera.

A rising star whose parents and family live in Baltimore, Bridges will have a lead role in the seduction and deceit tangle that is Saint-Saëns’s sensual grand opera, “Samson & Delilah,” which debuts at The Kennedy Center in Washington, D.C. March 1, 2020,

Bridges previously performed the title role in “Carmen” at the San Francisco Opera and has earned features in The New York Times Style Magazine, Flaunt Magazine and several others. She also once performed for U.S. Supreme Court Justice Ruth Bader Ginsburg in Washington. 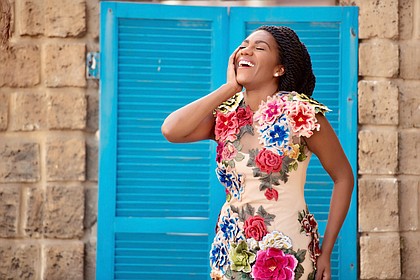 J'Nai Bridges will play the lead role in “Samson & Delilah,” which debuts at The Kennedy Center in Washington, D.C. March 1, 2020

“I grew up playing basketball because I have a great passion for sports,” Bridges said. “But I also grew up singing in the church choir, and I’ve played piano since I was about five. Music was always in my bones, but so was basketball.”

While in high school in Lakewood, Washington, Bridges appeared in her first opera. One of her rehearsals for the opera coincided with a basketball tournament that her high school team was scheduled to participate in.

“I asked my coaches if I could go to the rehearsal and then have my mother drive me to the game rather than me attending the team meeting beforehand,” Bridges said. “The coach agreed, but then when I got the game after rehearsal, he didn’t allow me to warm up and kept me on the bench. He said I let my team down and that I didn’t show great sportsmanship because I choose the opera over my team. He told me that I had to make a choice finally. That was the last day that I played.”

That shrewd decision couldn’t have turned out any better for the rising star.

According to her biography, Bridges’ 2019-2020 operatic engagements in the United States include her debut at The Metropolitan Opera, singing the role of Nefertiti in Philip Glass’ opera Akhnaten; and her house and role debut with Washington National Opera performing Dalila in Samson et Dalila.

Additionally, Bridges will sing the title role of Carmen for the first time in Europe at the Dutch National Opera and will make her debut with the Festival d’Aix-en-Provence singing Margret in a new production of Wozzeck, conducted by Sir Simon Rattle.

Her season also includes a performance of Beethoven’s Ninth Symphony with the Boston Symphony Orchestra, a concert repertoire with the San Antonio Symphony in Mahler’s Symphony No. 2, and debuting with the New Jersey Symphony in Handel’s Messiah.

For an opera singer, it’s a fantastic schedule. For an African American, it’s more operatic history.

“The opera definitely has been changing, and it continues to change, which is really necessary and refreshing,” Bridges said. “The National Opera has done an excellent job of inclusivity; and they continue to work diligently at it. I’ve spoken to people on staff, and they make it a point not only to hire black people but to ask how we feel and what might need improvement. So, not only are we on the stage, but we are behind the scenes too.”