Our Medical Innovation System Is Under Assault 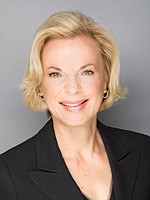 While leading the National Heart, Lung, and Blood Institute at the National Institutes of Health, I saw scientists pioneer novel ways to treat rare and serious blood disorders in children.

During my tenure as president of Brigham and Women’s Hospital and Professor of Medicine at Harvard Medical School, researchers have cured hepatitis C, a once-fatal liver disease that killed nearly 20,000 Americans annually as recently as 2014 and with new biologic therapies, have harnessed the power of terminal cancer patients’ own immune systems to provide new hope.

These cutting-edge medicines weren't developed overnight. They required decades of research, hundreds of millions of dollars in seed funding, and a policy environment that fosters innovation. Unfortunately, our innovation ecosystem is now under assault.

It's important for the American public to understand how drug development works -- and how the next generation will suffer if we don’t provide scientists the resources required to enable continued innovation and discovery.

Basic scientific research, which is often subsidized by the federal government through the National Institutes for Health, is absolutely critical to biomedical innovation. During my time leading the NIH's National Heart, Lung, and Blood Institute -- which allocates about $3 billion in research grants each year -- our team made great progress in better understanding how to treat and diagnose chronic diseases.

These firms translate basic research into applied science by identifying promising drug compounds and shepherding them through years of preclinical testing, human trials, and regulatory hurdles. These companies often partner with bigger firms once success is in sight.

But the process is rife with failure. Consider cancer drugs. Between 1998 and 2014, 177 potential lung cancer drugs entered clinical trials -- yet only 10 were approved. During that same period, 96 potential drugs for melanoma failed, while only seven succeeded.

Because of this high failure rate, drug development is incredibly risky and expensive. Those who embrace the challenge do so because of a strong and predictable system that provides limited protections for the few successful medicines coming to market.

Investors in early-stage research firms accept these risks because they know the revenue from just one successful drug can pay for every failure and still generate a return. "Profit" has become a dirty word, but the market-based system we have is the main reason our country leads the world in drug innovation. Two-thirds of the new medicines released worldwide in the last decade came from the United States.