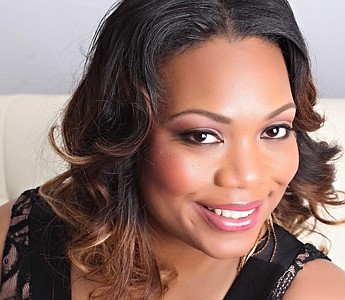 Anxiety disorders and depression count among the most common mental illness in the United States, reportedly affecting 40 million adults nationwide.

In Baltimore City, about one of every four adults has a mental health disorder, which means that each resident has or knows someone with such a condition.

This in part, is the reason that Kellene Diana and her organization, The GREEN Heart Community Inc., plan to light the city green, on Saturday, January 11, 2020.

Diana, founder of The Green Heart, says she started the organization after coping with her own mental illness and recognizing the prevalence of mental health issues, and the stigma surrounding it that impedes many from seeking help.

Diana added that she didn’t have a lot of resources while fighting anxiety and depression, but she did educate herself about the crisis.

“I remember telling myself that I was going to create a support system. Since then, I’ve learned a lot, and now I can drive by myself and be a member of society. I’m working and doing all the things I couldn’t before,” Diana said.

The “Light the City Green” event, which begins at 4:30 p.m. at War Memorial Plaza, will feature guest speakers including City Council President Brandon Scott and lots of survivors.

Already through events like “Light the City Green,” The Green Heart Community has been able to provide a platform to assist more than 1,500 people in achieving their dreams despite anxiety and depression.

Diana says using green lights, as the setting for the event will help raise awareness of the battle against anxiety and depression.

“I used to see purple lights everywhere in Baltimore for the Ravens, but I thought we needed to go green, which signals health,” Diana said. “So, by going green, we want people to know it’s okay to be healthy mentally.”

"We have to come together and claim it," she said. "Our city is worth of healing. I am asking for the people of Baltimore, men, women, and children, to come out and join us as we lock arms and spread green love and take a stand and break the stigma. It’s time for Baltimore to go green and to heal.”