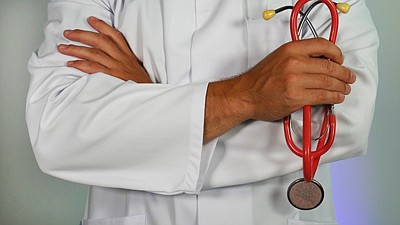 To understand the health of an economy, look at the health of those who participate in it. About six in 10 U.S. adults have at least one chronic disease, such as diabetes, cancer, or heart disease. These conditions, also called non-communicable diseases, are expected to collectively cost the country $95 trillion by 2050.

We can avoid this multitrillion-dollar tax— if we shift our focus from just treating these diseases to also preventing them from taking root in the first place.

Chronic diseases take a staggering toll on the economy. The direct costs are obvious— most people with chronic conditions manage treatment for years and make regular visits to their doctor.

The indirect costs of chronic diseases are even bigger. They can reduce productivity at the office or force people to miss work entirely. Chronic conditions can also compel workers to retire early, resulting in years of lost income.

In the United States, heart disease and stroke deprive our healthcare system of $199 billion each year and result in $131 billion in lost workplace productivity.

Diabetes saps $237 billion from our healthcare system and employers each year.

By contrast, a healthy population boosts a nation's economic performance. Adding one year to life expectancy increases GDP per capita by 4 percent, according to an analysis by the World Health Organization.

Preventing chronic disease is a simple way to improve the health of an entire population— and improve that population's economic prospects.

Even the simplest investments in prevention pay off over time. By one estimate, investing $10 per person per year in community-based programs that encourage people to exercise, eat better, and avoid smoking could yield $16 billion in annual medical cost savings within five years.

In other words, we'd get back $5.60 for every dollar invested in a program like this one— a more than fivefold return.

Improving access to healthy foods could prevent people from developing heart disease or diabetes. The benefits of healthy eating could save the United States $114.5 billion each year, according to one study.

Fortunately, there are community-based programs that have successfully helped people beat back chronic diseases, but we need to reach more communities.

Take the year long Diabetes Prevention Program the YMCA offers at more than 200 locations nationwide. Participants in this program work with coaches to lose up to 7 percent of their body weight and commit to 150 minutes of physical activity each week. These simple changes have proven to reduce the number of new type 2 diabetes cases by up to 71 percent in people 60 and older.

Abbott and its foundation the Abbott Fund have launched a series of partnerships called "Future Well" initiatives to fight chronic disease. These partnerships include Future Well Communities, which targets underlying social and economic barriers to good health in Stockton, Calif., and Future Well Kids, which helps instill healthy habits in kids, aged 10-13.

The latter program brings groups of volunteers to schools in eight states to empower kids to take charge of their health through small changes, like planning healthy meals, setting fitness goals, and parsing good nutrition advice from misinformation and health fads.

If we can build healthier communities and instill healthy habits in our children, they'll have a better chance of warding off chronic diseases in adulthood and reaching their full potential. Chronic diseases are a major threat to our economy. Preventing them is key to securing a prosperous future.