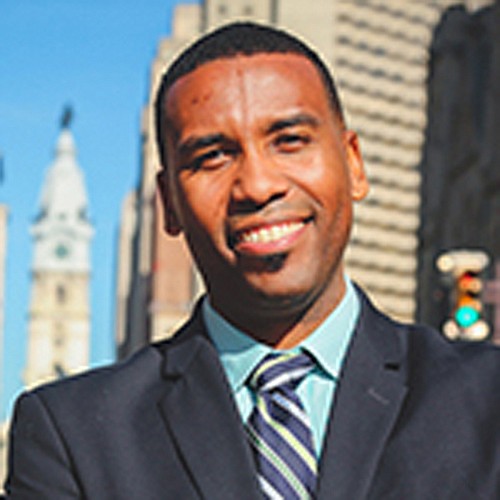 Jayson Williams, Chairman of the Board Pride of Baltimore Courtesy Photo

When Jayson Williams took over as chair of the Pride of Baltimore two years ago, he left a profound mark in economic development by spearheading major government, public, private, partnerships and he played a key role in enabling the development of the $1.2 billion MGM National Harbor.

Williams’ new job didn’t preclude him from making a change in other areas, including diversity.

He underscored that by penning an open letter recently, titled “Agent of Change,” to all in and around Baltimore.

“When I was a kid, my father, a cabdriver, drove me all over Baltimore City to teach me lessons during the time we spent together. He would educate me about communities and warn me about communities I should not go to alone,” Williams wrote. “One such area was the Inner Harbor, where he warned me that, as a young black man, I could find myself in trouble even if it was not my fault. My father said he hoped that someday I could help change that for other young black and brown people. That it was our Inner Harbor, too.”

“One of the first places my father took me that I can remember in the harbor was aboard Pride of Baltimore II. I loved the water and I loved ‘pirate ships.’

“As the first black chair of the board of Pride, Inc., which manages the ship built as Maryland’s goodwill ambassador and a symbol of hope, investment, history, and tourism, I knew I must be more than just a symbol of change. I was called upon to be an agent of change.

“When I became chair in 2018, Pride was in turmoil, having missed the sailing season for the first time ever due to a lack of funding.

“People told me that everyone would understand if we could not lead Pride back to success because it had been mired in difficulty before my arrival and some had lost hope in it.

“But they didn’t understand that as a black man, since I was a child, I have

always known that my failures are amplified in our society. I couldn’t fail. Nor did our board believe the best days of Pride were behind it.”

Williams said his first action was to grow the board because, while they were dealing with financial troubles, they had lost focus on diversity.

“We added women, minorities, young people, and new accomplished leaders of different backgrounds and experience. We prioritized connecting the organization back to the myriad communities it serves in Baltimore and across the state,” Williams said.

Pride received various grants and launched an education program to tell the history of the privateer industry, both the good and the bad, and to get more kids within the Baltimore City and Anne Arundel County Public Schools systems aboard.

“I am proud that we pulled off such a historic turnaround and ended the 2019 sailing season with money to invest in expanding our outreach in 2020,” Williams said. “While COVID-19 ended many of our initiatives for this year, it has not and will not deter the energy and progress of Pride of Baltimore, Inc., the organization.”

He added that he plans to ask the board to prioritize finding additional ways to make Pride of Baltimore II an agent of change.

“It will be addressed thoughtfully by the full board of directors with all of our committees working in concert toward that common goal,” Williams said. “We will look to ensure more opportunities for diversity in hiring of crew, staff, vendors, and consultants. We will find more funding for programs that facilitate access for minority communities so that they, too, feel welcomed in the harbors we visit and aboard Pride of Baltimore II.

“If we are truly committed, we need each and every one of you as friends of Pride to support the board, staff, and crew.

“We want your time, stories, input, and donations to help put these plans into

action. I will be joining Captain Miles for a “Coffee with the Captain” in the near future. I welcome your thoughtful attendance and questions.”