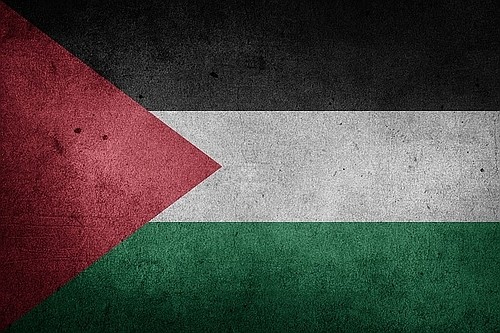 COMMENTARY: The annexation of Palestinian territory is illegal Courtesy Photo

Let’s be clear and not try to fool one another. There is no basis in international law for the planned Israeli annexation of Palestinian territory. None.

In some respects, this column could end right here. There is no further explanation necessary. Both the Israelis and the US political establishment know this. That the Israelis are copying the behavior of the US expansion west in the 18th and 19th centuries is more to the point. The US political establishment understands that the USA was constructed on the annexation of the land of the Native Americans, the Mexicans, and the blood of the Africans, all with the aim of establishing a White settler republic. That is something the US and Israeli experiences share in common.

The proposed annexation aims to drive the remaining Palestinians off their lands or place them in a Bantustan-like existence, just as the apartheid South Africans attempted in the 1970s/1980s. The Afrikaners attempted to deceive the world into believing that they were creating livable spaces for the African majority when they were creating nothing more than reservations for the relocation of the African majority. Israel aims to do much the same.

Many of Israel’s liberal supporters in the USA are tongue-tied. They cannot justify the annexation—knowing full well that it is illegal—but are terrified that there might be actions taken against the Israeli government by the USA and other governments. While they certainly have little to fear from Trump, who has gone out of his way to encourage the annexation, it is true that there is a growing awareness in Congress, and within the US public, that annexation is wrong.

The attitude of liberal supporters of Israel is akin to someone who knows that an individual embezzled money from a company, but they would rather not press charges because they believe that there is something about the person that is worthy of saving. The problem is simple: the law does not work that way, whether domestic or international.

When Russia illegally seized Crimea, there were consequences. Why should there be no consequences for the Israeli government? Why should the people of the world continue to take a pass each and every time that Israel breaks international law?

The answer is that Israel must pay a price, which is why the global movement for Boycott/Divestment/Sanctions (BDS) is so critical. If governments lack the courage and vision to penalize another country for criminal activities, then it is up to the people of the planet to take the appropriate—and non-violent—steps. This is not singling out Israel. This is identifying when activity is criminal and should be punished.

Bill Fletcher, Jr. is the executive editor of globalafricanworker.com and a past president of TransAfrica Forum.

Disclaimer: The views and opinions expressed in this article do not necessarily reflect the official policy or position of BlackPressUSA.com or the National Newspaper Publishers Association.